Furbank and Underhill recalled by England 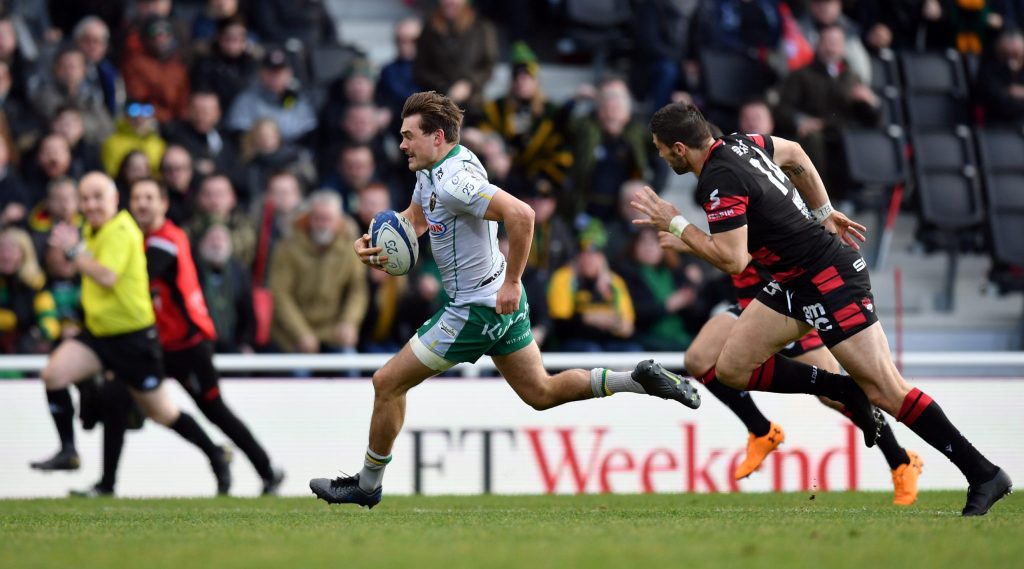 George Furbank, of Northampton Saints, breaks through the Lyon defence to score a try

Players from Bath Rugby and Northampton Saints, who both drop into the EPCR Challenge Cup next month, were celebrating on Thursday as Bath flanker Sam Underhill and Northampton full-back George Furbank were recalled by England for their Six Nations trip to France on Saturday night.

Both make their first appearances for England since November, with Underhill joining Northampton’s Courtney Lawes in the back row, from where he again captains the team.

In the front row, Bath tight-head prop Will Stuart, a replacement in last weekend’s home loss to Ireland, starts alongside Saracens hooker Jamie George, who has two clubmates behind him in Maro Itoje and Nick Isiekwe.

Bath lock Charlie Ewels’ red card in the 32-15 defeat in round four means Isiekwe makes his third start of the Six Nations in the second row, prior to Saracens’ EPCR Challenge Cup Pool C finale at CA Brive on April 8.