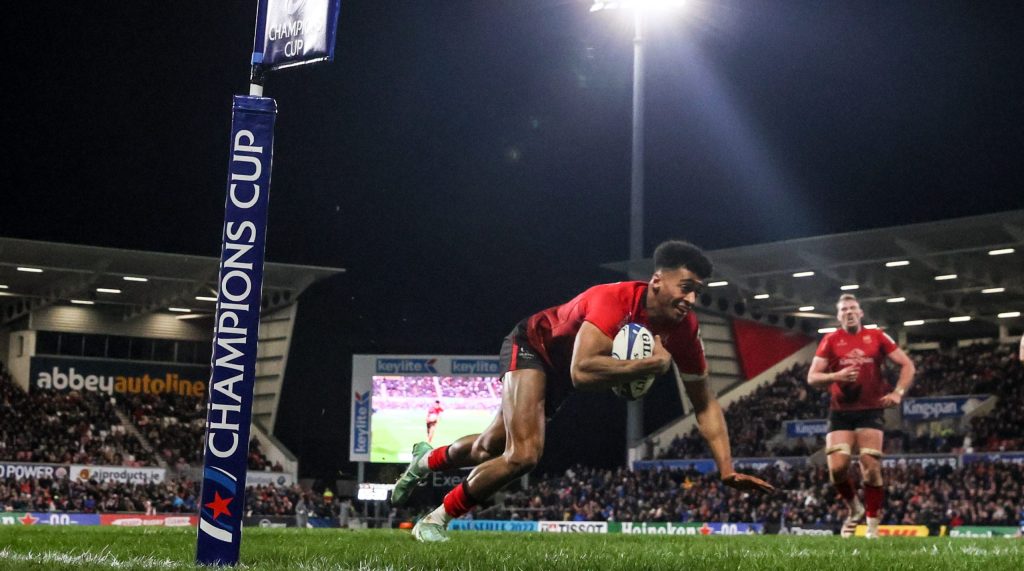 Ulster, who will face Stade Toulousain in the last 16, touched down no fewer than seven times against their Welsh opponents, with Rob Baloucoune, James Hume and Stuart McCloskey all crossing in the first half at the Kingspan Stadium.

Wing Baloucoune, who has dotted down twice in the Heineken Champions Cup this season, went on to secure a second try after the interval, with Nick Timoney, Aaron Sexton and Tom Stewart all recording second half scores too.

In the Gallagher Premiership, tries from Huw Jones, Louis Lynagh and a Cadan Murley double set Harlequins on their way to a 24-10 win over Newcastle Falcons at the Twickenham Stoop.