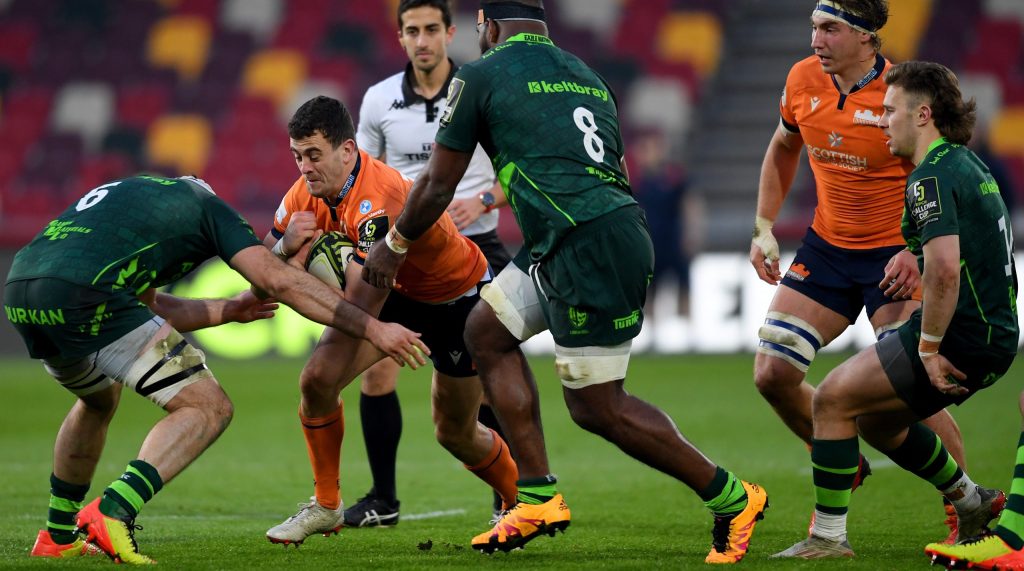 EPCR Challenge Cup side Edinburgh Rugby were in sensational form on Friday evening as Mike Blair’s men scored eight tries on their way to a 56-8 win over Connacht Rugby in the United Rugby Championship.

Edinburgh, who are currently second in Pool C, had trailed 8-0 in the first half at DAM Health Stadium, before Emiliano Boffelli, who converted all eight scores, dotted down for the hosts’ first try.

Henry Immelman and then David Cherry crossed for Edinburgh to give the capital side a 21-8 lead at the interval.

In the second half, Blair Kinghorn, Ramiro Moyano Joya, Ben Vellacott and Glen Young all crossed for Edinburgh, with Immelman also going over for his second try of the game.