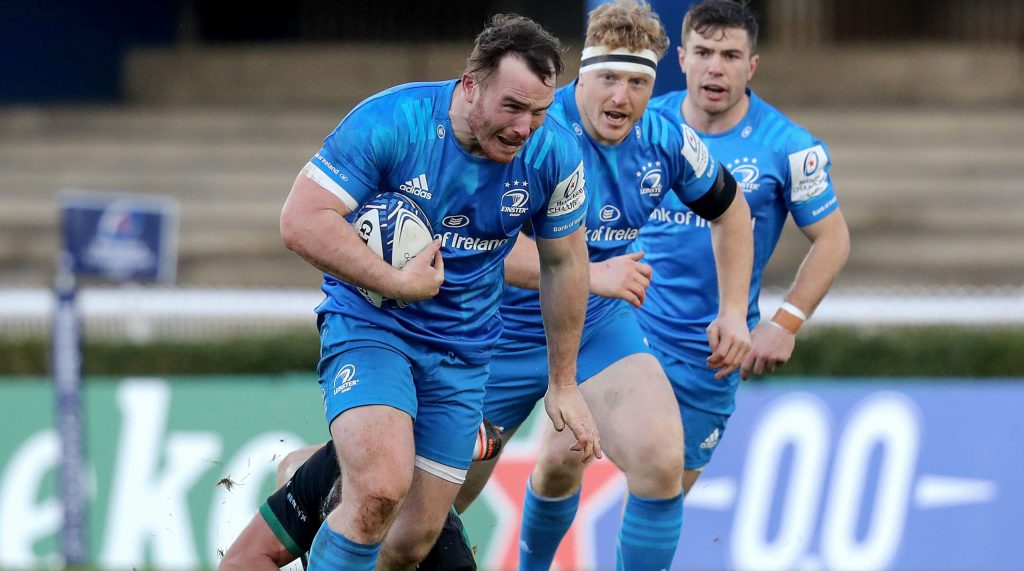 Leinster Rugby prop Peter Dooley will make his 100th appearance for the four-time European Cup winners on Saturday as Leo Cullen’s side head to Benetton Rugby in the United Rugby Championship.

The 27-year-old, who made his debut for the Heineken Champions Cup contenders in 2014, will line up in the front row at Stadio Comunale di Monigo alongside Seán Cronin and Thomas Clarkson, as Ross Molony comes in for Devin Toner in the second row.

Rhys Ruddock retains his place in the back row and is joined by the returning Scott Penny and Max Deegan.

In the backs, Luke McGrath captains the side at scrum-half, as Jordan Larmour and Jimmy O’Brien form the back three with Tommy O’Brien.

Elsewhere, fellow Heineken Champions Cup side Munster Rugby, who will face Exeter Chiefs in the last 16, have made four changes to their starting XV as they welcome Dragons to Thomond Park in the United Rugby Championship.

Josh Wycherley is in line for his first start of the season and is joined by the returning John Ryan and Diarmuid Barron in the front row.

Wing Shane Daly comes into the Irish province’s back three with Mike Haley and Simon Zebo, whereas Jack Crowley forms a half-back partnership with Craig Casey.

In the Gallagher Premiership, Leicester Tigers, who won all four of their Heineken Champions Cup Pool B games, take on Saracens and Bristol Bears head to Bath Rugby.

On Sunday, there are two all-Heineken Champions Cup clashes as Exeter face Sale Sharks in the Premiership and Stade Français Paris host Stade Toulousain in the TOP 14.