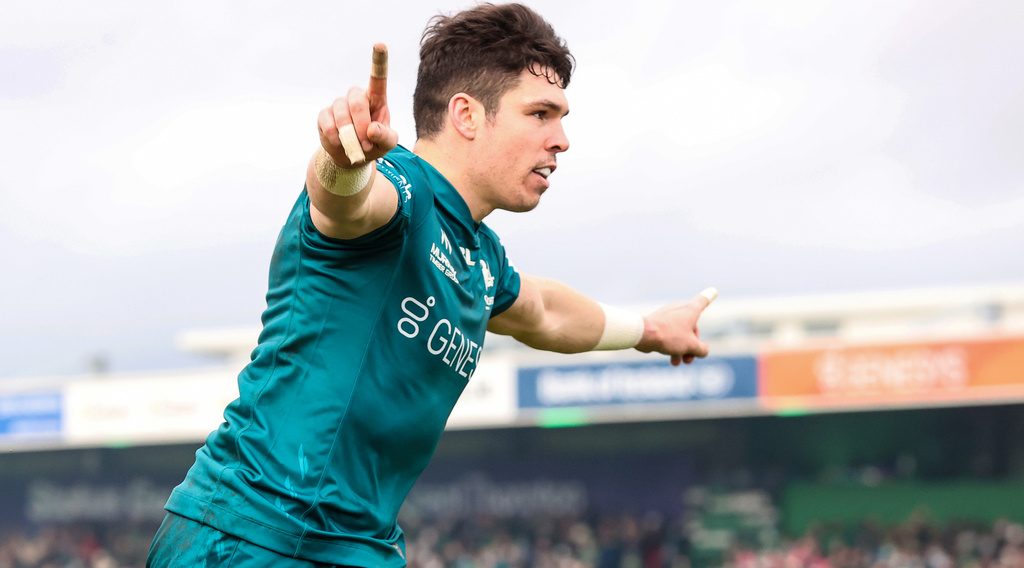 Alex Wootton, who scored two tries in three games in the Heineken Champions Cup pool stage, has been brought into the starting XV by Connacht Rugby as they host Stormers in the United Rugby Championship on Saturday.

The 27-year-old, who crossed in both games against Stade Français Paris as Connacht qualified for the Heineken Champions Cup Round of 16 in April, comes in on the wing as one of four changes to the side that defeated Scarlets last weekend.

Prop Denis Buckley and hooker Shane Delahunt both come into the front row, while Conor Fitzgerald starts at fly-half in the absence of Jack Carty, who has joined up with the Ireland squad.

In the Gallagher Premiership on Saturday, Leicester Tigers, who play ASM Clermont Auvergne in the Heineken Champion Cup Round of 16, welcome Gloucester Rugby.

The hosts have called up prop James Whitcombe, scrum-half Jack van Poortvliet, winger Chris Ashton and flanker Hanro Liebenberg, who returns to captain the side.

Three Heineken Champions Cup Round of 16 teams are in action in the TOP 14 on Saturday, as Stade Rochelais visit Section Paloise, whilst Clermont and Racing 92 entertain USAP and Castres Olympique respectively.

Meanwhile, Exeter Chiefs, who play Munster Rugby in the Heineken Champions Cup Round of 16, are away at Northampton Saints in the Premiership.