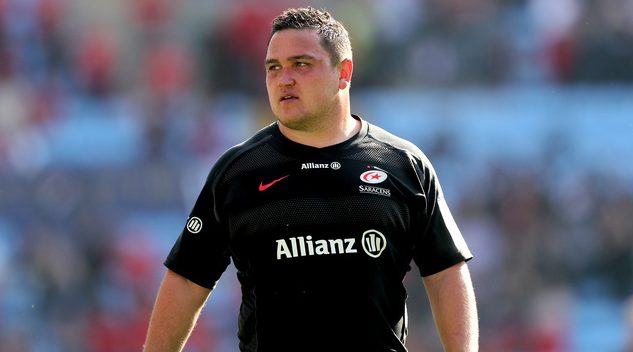 Tries from Tom Woolstencroft and Sean Maitland plus three penalties from Alex Lozowski steered Saracens to a 19-10 home win over London rivals Harlequins and strengthened their grip on second place in the Gallagher Premiership.

Sarries still have work to do to qualify for the knockout stages of the Challenge Cup, though, when it resumes in April. They currently lie third with a game to play in Pool C, level with CA Brive on six points and one ahead of Section Paloise.

Brilliant to see him back at it for @EnglandRugby on the #GuinnessSixNations stage 🙌pic.twitter.com/37T2J194jH

There was another win for a Challenge Cup side over Heineken Champions Cup opposition at RC Toulon, who defeated Union Bordeaux Bègles 21-18.

Meanwhile in the Gallagher Premiership, Wasps triumphed 41-24 at Coventry Building Society Arena in the tussle between two teams who have dropped into the Challenge Cup from the Heineken Champions Cup.

Two tries apiece from Paolo Odogwu and Alfie Barbeary plus one each from Rob Miller, Biyi Alo and Elliott Stooke secured the bonus-point victory that lifted the 2003 Challenge Cup winners into fifth spot. Tom Prydie, Taulupe Faletau and Ben Spencer crossed for Bath.