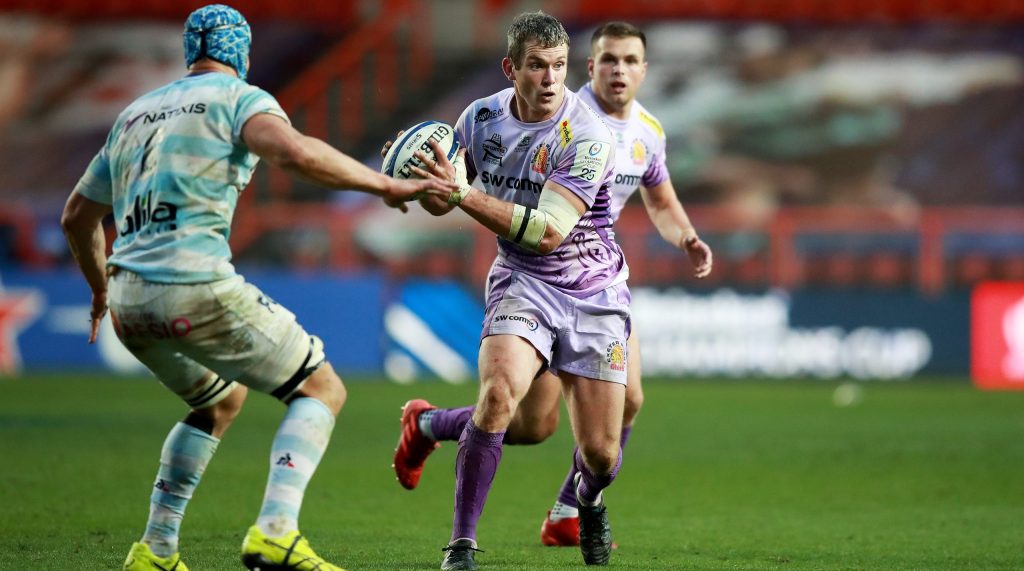 Centre Ian Whitten has been named in the Exeter Chiefs starting XV as Rob Baxter’s men welcome Gloucester Rugby to Sandy Park in the Gallagher Premiership on Saturday.

Whitten, who has featured three times in the Heineken Champions Cup this season and played every game as Exeter lifted the trophy in 2020, starts in midfield with Tom Hendrickson in an otherwise unchanged backline.

Don Armand comes in for Lewis Pearson in an Exeter back row that features Richard Capstick and Santiago Grondona. Alec Hepburn, Jack Innard and Patrick Schickerling retain their places in the front row.

Meanwhile, fellow Heineken Champions Cup contenders Sale Sharks have made six changes to their line-up which will take on Worcester Warriors at the AJ Bell Stadium.

In the forwards, Curtis Langdon comes into the front row, whereas Cobus Wiese is added to the second row and Jean-Luc du Preez starts at No.8.

On Sunday, Harlequins, who won all four of their Heineken Champions Cup Pool B games, travel to StoneX Stadium as they take on Saracens in the Premiership.