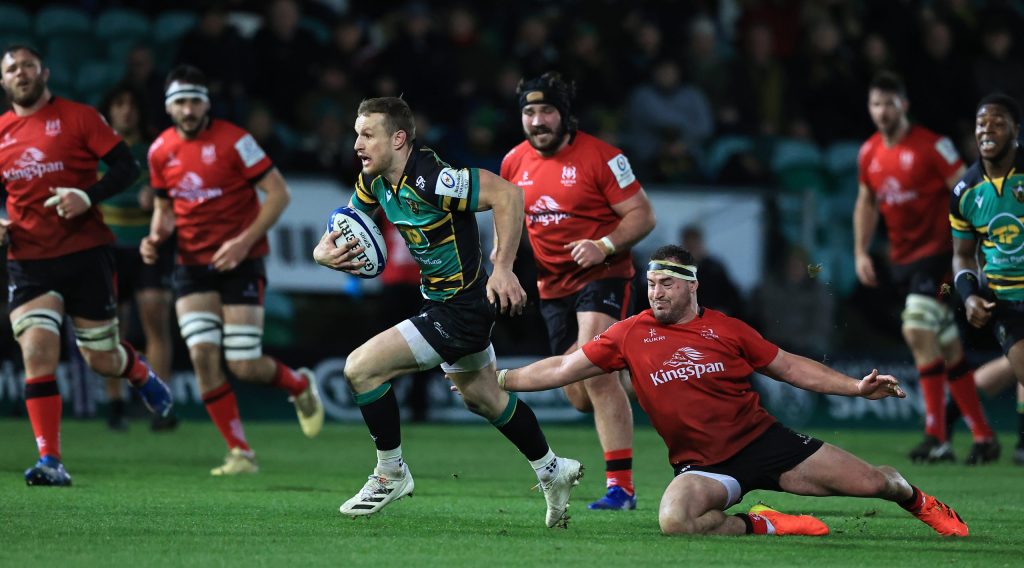 Centre Rory Hutchinson will make his 100th Northampton Saints appearance when they visit Leicester Tigers in the Gallagher Premiership on Friday night.

The 26-year-old, who will be hoping to help Saints to EPCR Challenge Cup glory following their relegation from the Heineken Champions Cup, is one of two changes for Saints’ trip to Mattioli Woods Welford Road. Wing Courtnall Skosan and fly-half George Furbank are also recalled.

Meanwhile, London Irish, who travel to Bristol Bears, have handed Henry Arundell a Premiership debut at full-back, with hooker Agustin Creevy and No.8 Sean O’Brien also called up to start.

How far will they go? 👀 pic.twitter.com/ZOnZdwcNmA

Edinburgh Rugby and Glasgow Warriors are both involved in top-of-the-table clashes in the United Rugby Championship, at Leinster Rugby and at home to Munster Rugby respectively.

Centre James Lang and winger Ramiro Moyano return from injury to start for Edinburgh, for whom back-row forward Kwagga van Niekirk and prop Jake Armstrong are possible debutants from the bench.

Centre Robbie Fergusson will make his first start of the season for Glasgow, partnering Sam Johnson in a new-look midfield pairing, while prop Simon Berghan and lock Scott Cummings also come in.