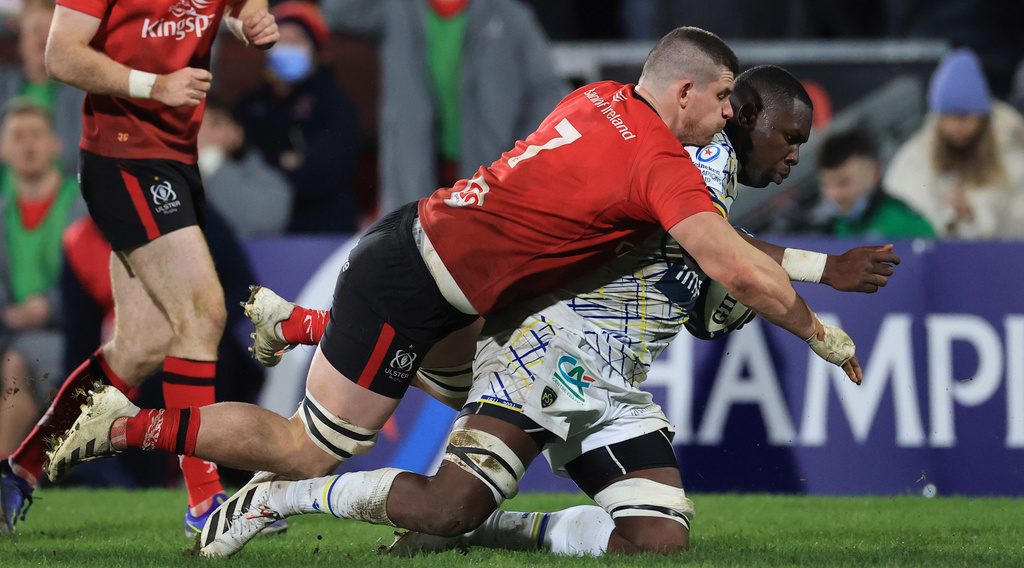 With this season’s Heineken Champions Cup pool stage concluded and the Round of 16 in April edging ever closer, we’ve taken a look at the tournament’s top tacklers so far.

The flanker has been the beating heart of Ulster’s tremendous start to their Heineken Champions Cup campaign, putting in a series of relentless displays as the Irish province recorded four wins from four in Pool A.

Timoney completed 10 tackles in the 29-23 triumph at ASM Clermont Auvergne in Round 1 before racking up 27 across his team’s home and away wins over Northampton Saints.

He then capped an impressive pool stage with a staggering 19 tackles in the reverse fixture against Clermont.

Another flanker tallying up the all-action performances, Oliver reached double figures for tackles in all four of Connacht’s pool stage games.

The 26-year-old’s crowning defensive display came in the dramatic 37-31 defeat at Stade Francais Paris in Round 4 when he chopped down 16 attackers.

Hooker Herring ran Timoney close in the race to be Ulster’s top tackler during the pool stage – he had also made 37 tackles after the first three rounds amid a trio of dogged performances.

Though he was edged out by his back-row counterpart, the presence of two Ulster forwards in the top five tacklers is indicative of the Irish province’s phenomenal work rate so far in the Heineken Champions Cup.

Curry may have only played three games in the Heineken Champions Cup pool stage, but that has not stopped him soaring up the tackling charts.

Two 17-tackle showings against Ospreys either side of 10 at Clermont has seen the 23-year-old assert himself as one of the top defensive flankers in Europe.

The lock also featured just three times in Northampton’s disappointing Heineken Champions Cup campaign but got through a staggering amount of work whilst on the field.

Despite Saints falling to successive defeats, Ribbans led his side’s resistance, and was responsible for over 30 tackles in their two clashes with Ulster.