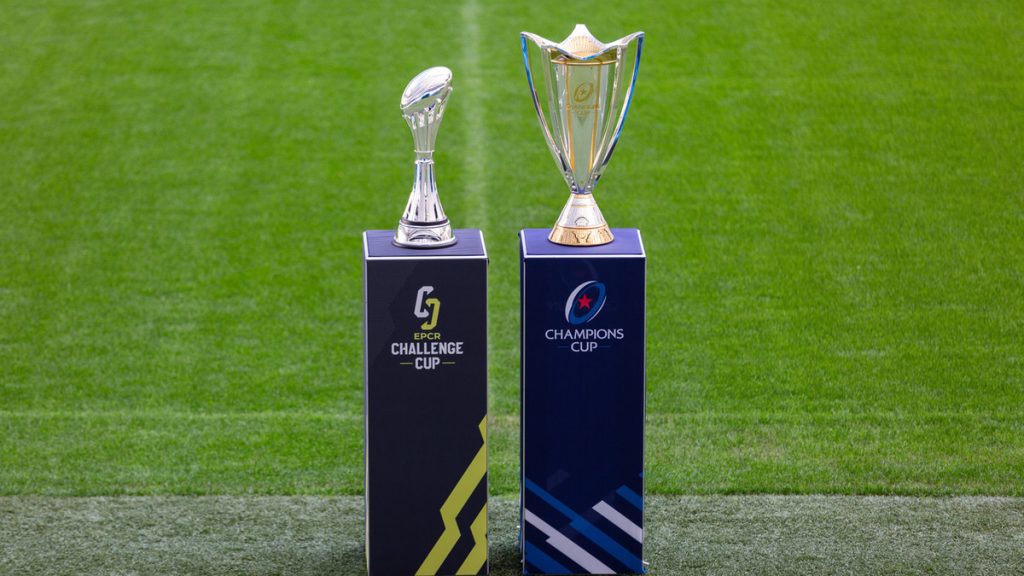 History will be made in early April when the eagerly-anticipated Heineken Champions Cup Round of 16 fixtures will be played over two legs for the first time as an elite group of clubs and their supporters with as many as 28 European titles between them compete to stay on the road to the Marseille finals.

Six former tournament winners are also in contention to win the coveted silverware again following the announcement of the dates, kick-off times and broadcast coverage of the home and away matches at the start of the Heineken Champions Cup knockout stage, as well as details of the EPCR Challenge Cup Round 5 pool stage fixtures.

With aggregate scores over the two contests deciding the Round of 16 winners, dramatic outcomes in packed stadiums are certain to be the order of the day as the four highest-ranked clubs in each pool are scheduled to play their second leg matches at home.

Holders, Stade Toulousain, are moving their first leg fixture against URC front runners, Ulster Rugby, to the 33,000-capacity Le Stadium on Saturday, 9 April with the action live on BT Sport, while the second leg goes ahead at the Kingspan Stadium on Saturday, 16 April.

Racing 92, the No 1-ranked qualifier from Pool A, make the short journey to Stade Jean Bouin for their first leg clash with Stade Fran9ais Paris also on Saturday, 9 April with the decisive second leg at Paris La Défense Arena on Sunday, 17 April.

Pool B table-toppers and current Gallagher Premiership leaders, Leicester Tigers, relaunch their bid for the title which has eluded them since 2002 when they travel to Stade Marcel-Michelin to face ASM Clermont Auvergne on Sunday, 10 April ahead of the second meeting at Mattioli Woods Welford Road on Saturday, 16 April.

While all Round of 16 matches will be live on BT Sport, additional free-to-air coverage on Channel 4 and Virgin Media in the UK and Ireland is scheduled for the first leg tie between Sale Sharks and Bristol Bears on Saturday, 9 April and for the second leg head-to-head between Harlequins and Montpellier Hérault Rugby on Saturday, 16 April.

Four-time winners, Leinster Rugby, kick off the historic Round of 16 on Friday, 8 April with an all-Irish confrontation against Connacht Rugby at The Sportsground with the return leg set to go ahead at the 51,000-capacity Aviva Stadium on Friday, 15 April.

In the event of drawn matches or equal aggregate scores at the end of normal time during the knockout stage of the Heineken Champions Cup, extra-time will be played with the exception of the first legs of the Round of 16 matches.

Qualification for the knockout stage of the EPCR Challenge Cup will be decided on the weekend of 8/9/10 April with the Round 5 action in Pool C getting underway on Friday, 8 April when CA Brive meet Saracens at Stade Amédée Domenech live on BT Sport, while Edinburgh Rugby will be up against Section Paloise at the DAM Health Stadium.

To date, RC Toulon, Lyon, Gloucester Rugby and London Irish have booked their places in the Round of 16 along with Cardiff Rugby, Wasps, Castres Olympique, Glasgow Warriors, Northampton Saints and Bath Rugby who have qualified from the Heineken Champions Cup pool stage.

Semi-finals – 13/14/15 May
The semi-finals will be played over one match, and the highest-ranked clubs from the pool stage will have either home country advantage or home venue advantage (TBC) as follows:
SF 1: Winner QF 1 v Winner QF 2
SF 2: Winner QF 3 v Winner QF 4
2022 Heineken Champions Cup final: Saturday, 28 May; Stade Vélodrome, Marseille (17.45)