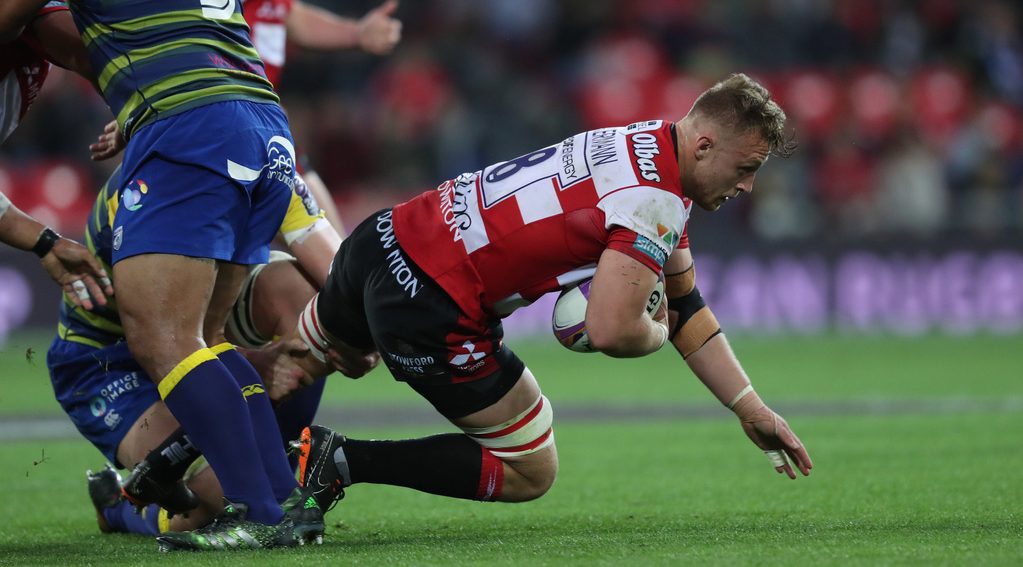 Gloucester's Ruan Ackermann in action in the 2018 Challenge Cup final

No.8 Ruan Ackermann scored a try brace as Gloucester Rugby triumphed 24-7 over fellow EPCR Challenge Cup side London Irish in the Gallagher Premiership on Friday night.

Ackermann has featured once in the EPCR Challenge Cup this season, playing the full 80 minutes as Gloucester thrashed Benetton Rugby in Round 2 – a result which helped their secure their passage to the Round of 16.

And the 26-year-old kick-started Gloucester’s victory over London Irish – who have also qualified for the EPCR Challenge Cup Round of 16 – going over with 14 minutes played at Kingsholm Stadium.

Winger Ollie Thorley crossed early in the second half to extend the hosts’ advantage before No.8 Olly Cracknell dotted down for Irish.

But Ackermann’s second effort in the closing moments capped Gloucester’s win and moved them within four points of Premiership leaders Leicester Tigers.