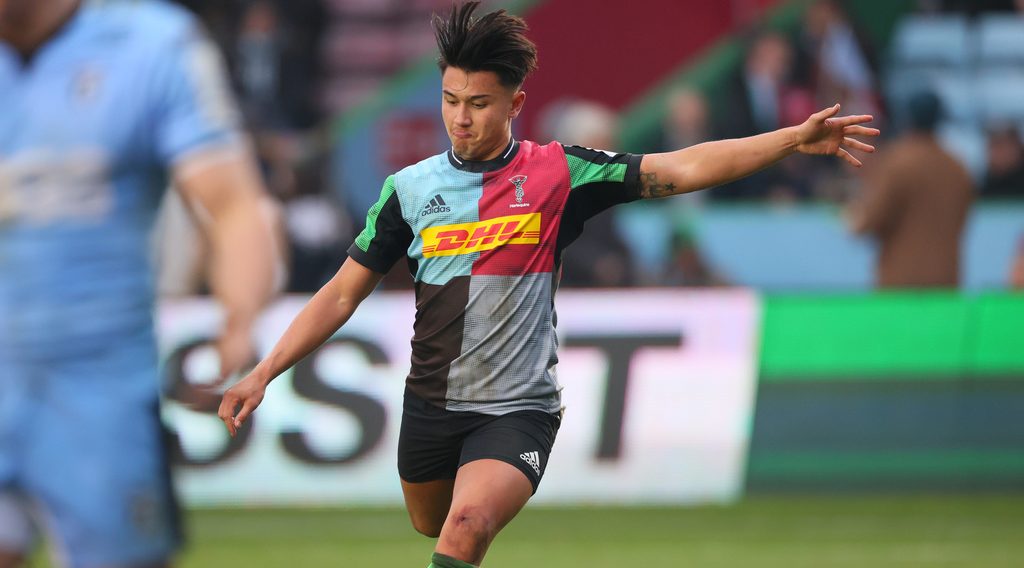 Matchwinner Marcus Smith hailed the resilience of Harlequins as they edged a 36-33 win in the Heineken Champions Cup at Cardiff in Round 3 and admitted he was relieved to secure the Pool B victory which sealed their place in the last 16.

The English champions made it three wins from three games thanks to Smith’s injury-time penalty, but he said: “I don’t think we were at the races against a very strong Cardiff side.

“But I think it’s testament to the boys and to what we’ve been trying to build – I thought we stuck in there and we’re very resilient at times and to be rewarded with a penalty in front of the sticks by the forwards who I thought in parts were outstanding, it was a massive relief.”

The Heineken Star of the Match had more tributes for the forwards – and explained why he went straight to prop Joe Marler to celebrate.

“I think all season they’ve been the difference for us,” he added. “As backs, we are very lucky to be playing behind a pack that when it gets on top, stays on top. They’re brilliant characters as well. So, you’ve got to get around them when they can, pump their tyres up and make them smile a bit.”

Although Quins boast some great individual talent in their squad, the England fly-half also praised the team spirit that he hopes will set them on the road to more glory this season.

“It’s an absolute pleasure to play with some of these players who go outside me and in the forwards, their ability to pick lines off me makes it so easy for me,” he said.

“Some of the tries were nice individual bits, but as a team, we’ve got to continue to work on gelling as a squad – and then hopefully we can play more team tries.”