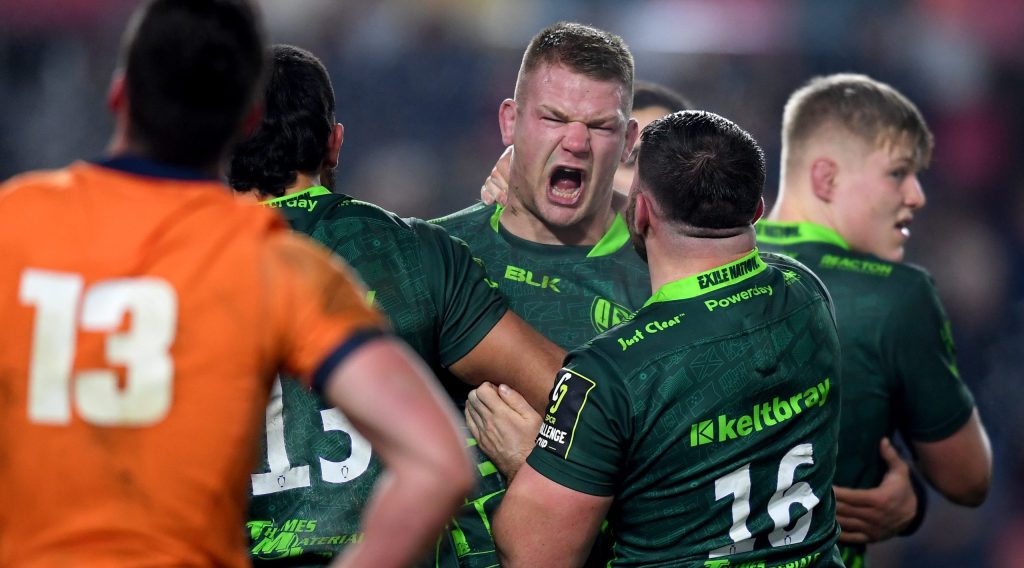 London Irish’s dramatic 21-20 win over Edinburgh Rugby was arguably the standout game in an action-packed round of EPCR Challenge Cup rugby this weekend.

The Gallagher Premiership side snatched victory late on at Brentford Community Stadium on Saturday when Paddy Jackson converted Olly Cracknell’s try – a result which leaves them as the current leaders in Pool C.

But Irish stayed within striking distance thanks to efforts from Kyle Rowe and Oliver Hoskins before Cracknell pounced in the dying moments.

Another thrilling game on Friday night saw Newcastle Falcons score in the last play of the game through George Wacokecoke as they stole a 17-13 win at Biarritz Olympique in Pool A.

Sam Stuart dotted down for Falcons early on before Tornike Jalagonia crossed for Biarritz in the second half, with Brett Herron’s 72nd minute penalty looking set to hand the TOP 14 side victory until Wacokecoke’s heroic effort.

What is it about @premrugby teams and late tries? 🤔

In the other Friday game, CA Brive survived a second-half fightback from Section Paloise to earn a 33-25 win in Pool C at Stade Amédée-Doménech.

Thomas Laranjeira kicked 16 points for Brive, who went over through Luka Japaridze and Joris Jurand in addition to a penalty try.

Elsewhere on Saturday, Lyon made it three wins from three in Pool B after tries from Roman Taofifenua, Baptiste Couilloud, Davit Niniashvili, Clement Laporte and Yanis Charcosset saw them thrash USAP 37-6 at Stade Aimé Giral.

Worcester Warriors went down 34-23 at home to RC Toulon as their search for a first win in Pool A goes on – Cornell Du Preez, Facundo Isa, Gabin Villiere and Lopeti Timan crossing for the three-time European champions.

A late Worcester rally saw Duhan Van Der Merwe and Harri Doel go over but there was no miracle comeback for the hosts.

Meanwhile, Dragons fell to a third straight defeat in Pool B – Irne Herbst, Edoardo Padovani and
Thomas Baravalle notched tries for Benetton Rugby as they ran out 23-9 winners at Stadio Comunale di Monigo to continue their winning start in the EPCR Challenge Cup. 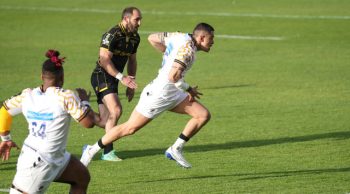