Baxter: We need to refresh ourselves 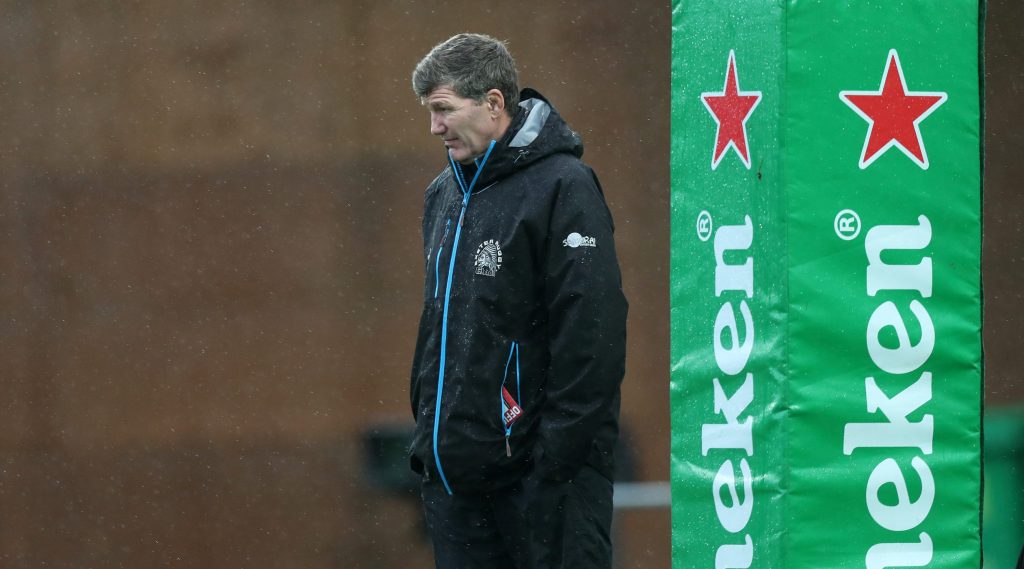 Exeter Chiefs director of rugby Rob Baxter has warned that his side “will lose” their Heineken Champions Cup Pool A opener at home to Montpellier Hérault Rugby on Saturday if they don’t approach it with the correct mindset.

Exeter will be seeking a second Heineken Champions Cup title following their 2020 success, but Baxter believes the Gallagher Premiership club need to respond from their 34-22 quarter final defeat to Leinster Rugby last season.

“I think there’s nothing wrong with looking at it a bit afresh,” he said. “I feel that’s where we are a little bit. If I’m really honest, what we probably need to do ourselves as a side is just kind of refresh ourselves a little bit.

“If we don’t get hugely excited about the Montpellier home game, we’ll lose. And there’s no point thinking about where we might go or what the season might be about because it’ll slowly not mean anything.”

Montpellier come into the Heineken Champions Cup off the back of lifting the EPCR Challenge Cup last season and Baxter wants to derail TOP 14 outfit before they can get into their stride at Sandy Park.

“I think it’s a little bit like any time you play a French team,” he explained. “You’ve just got to halt that momentum, because they are probably – within the European structure and how they play – one of those French teams with that bit of momentum that then allows an offload, someone getting their hands free and then a second bit of momentum.

“And then [there’s] that kind of feeling that everything’s going to stick. That’s the thing you’ve got to try to knock down as quickly as you can.

“So, the 80-minute game plan is relatively simple; it’s just fitting all the bits and pieces around your lineout defence, your structures and how you keep the ball against them that create that overall picture.

“But I think we’re relatively comfortable with the overall picture we need to create against French teams and that’s why we’re really looking forward to it.

“It will be really good to see if we’ve still got those capabilities within ourselves of knocking that momentum out of a team.”