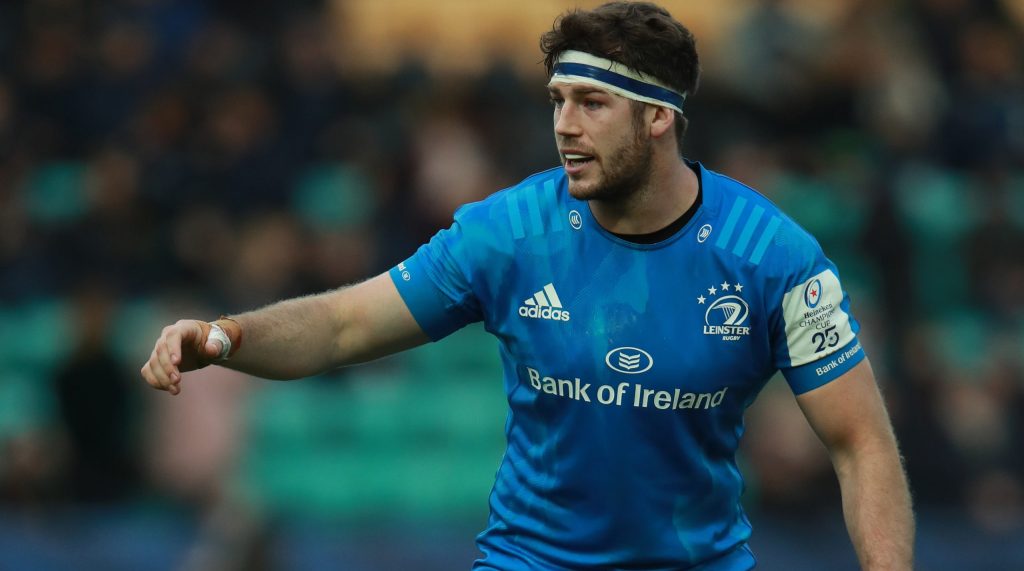 Ireland international Doris, who was named the Autumn Nations Series Player of the Series, starts in the back row alongside blindside flanker Rhys Ruddock and openside flanker Josh van der Flier.

Wing James Lowe and full-back Hugo Keenan form a back three with Jordan Lamour, and Garry Ringrose teams up in midfield with Robbie Henshaw.

As for Connacht, Andy Friend makes three changes to the side who beat Ospreys last weekend, bringing back Oisín Dowling, Eoghan Masterson and Peter Robb.

Dowling starts in the second row with Ultan Dillane, while blindside flanker Masterson forms the back row with openside flanker Conor Oliver and No.8 Jarrad Butler. Robb is in midfield with Sammy Arnold.

Meanwhile, Heineken Champions Cup Pool B side Bristol Bears have welcomed back scrum-half Harry Randall for their Gallagher Premiership match at Gloucester Rugby.

Randall, who forms a half-back partnership with Callum Sheedy, is one of six changes to the Bristol side who lost to Heineken Champions Cup contenders Northampton Saints last weekend.

Pat Lam has recalled captain and No.8 Steven Luatua to the Bristol back row alongside flanker Dan Thomas.

In the backs, Henry Purdy returns to form a midfield partnership with Piers O’Conor, who switches to inside centre.