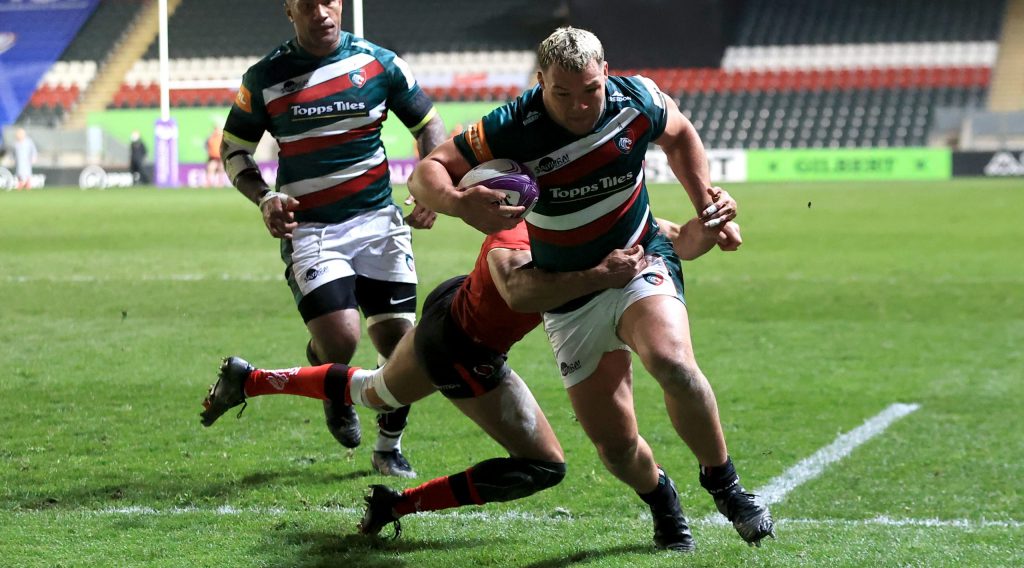 Several teams who will be challenging for European honours this season showcased their attacking prowess on Friday, as the evening’s domestic rugby produced a hatful of tries.

Gloucester, who will feature in this season’s Challenge Cup, hit back two minutes later as prop Fraser Balmain went over.

Leicester captain Ellis Genge then crossed on 27 minutes to keep the visitors in control, but Gloucester refused to roll over, hitting back through Ruan Ackermann before the conclusion of a pulsating first half.

Tigers grabbed their third score of the game on 54 minutes through Harry Potter, but Gloucester responded once again, with Mark Atkinson going over to reduce the deficit.

Another Ford penalty and a score from Nic Dolly on 67 minutes all but sealed Leicester’s win, though the game would see an eighth try as Jack Clement dotted down for Gloucester in the closing stages.

The United Rugby Championship also got under way on Friday, with Ulster Rugby crossing the whitewash four-times and picking up a penalty try as they beat Glasgow Warriors 35-29 at the Kingspan Stadium.

Both sides will compete in Pool A of the Heineken Champions Cup this season, with Ulster facing Northampton Saints and ASM Clermont Auvergne, and Glasgow going up against Stade Rochelais and Exeter Chiefs.

Ulster were awarded a penalty try early on before Brad Roberts, Marty Moore, Nick Timoney and Nathan Doak all crossed to seal a hard-fought victory.

Glasgow had led at half-time thanks to scores from George Horne and Johnny Matthews, and remained in contention until the final whistle after a penalty try and a Jamie Dobie effort in the second half.

Elsewhere, Carlo Canna, Tommaso Boni and Oliviero Fabiani all scored tries in a commendable second-half fightback by Challenge Cup side Zebre Rugby, but they ultimately fell to a 38-26 defeat to South African outfit Lions.