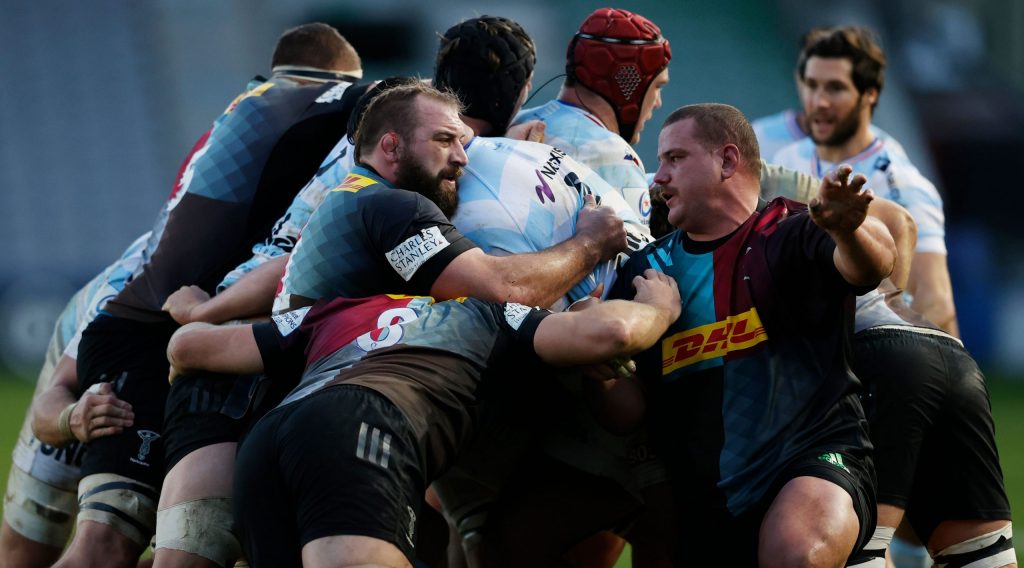 Louis Lynagh scored twice for Harlequins as the reigning Gallagher Premiership champions got their season under way with an entertaining 26-20 win away at Newcastle Falcons on Sunday.

The 20-year-old is the son of former Saracens and Bennetton Treviso fly-half Michael Lynagh, who made six appearances in European competitions between 1995 and 1998, racking up 97 points.

Louis is yet to feature in Europe, but the winger will be in contention for a Heineken Champions Cup debut this season when Harlequins take on Castres Olympique and Cardiff Rugby in Pool B.

It was Lynagh who opened the scoring for Quins at Kingston Park, collecting a long Danny Care pass to dot down in the corner after 11 minutes.

The visitors grabbed their second try of the game 10 minutes later as Joe Marchant went over, with fly-half Tommy Allan adding the extras – as he did for Lynagh’s score – to open up a 14-point lead.

Newcastle would respond almost immediately, with Brett Connon feeding Adam Radwan who showed his blistering pace to go over in the corner.

Another mouth-watering contest to look forward to in the #HeinekenChampionsCup 😍@WaspsRugby battled past @StadeToulousain in the 2004 final but who are you backing to come out on top in the pool stages? 👀

Newcastle refused to roll over, with Louis Schreuder crossing on 54 minutes, but Quins hit back through Care five minutes later with what proved to be the final score of the game.

Elsewhere on Sunday, RC Toulon scored five tries as they picked up their first TOP 14 win of the season in a 38-5 success against Stade Français Paris.

Facundo Isa and Sergio Parisse went over in the first half, before further tries from Thomas Salles, Aymeric Luc and Mike Sosene-Feagai after the break.

Louis Carbonel slotted all five conversions in addition to an early penalty, while Loic Godener picked up Stade Français’ consolation try on 58 minutes.

Stade Français face Connacht Rugby and Bristol Bears in the Heineken Champions Cup this season, while Toulon will compete in the Challenge Cup.