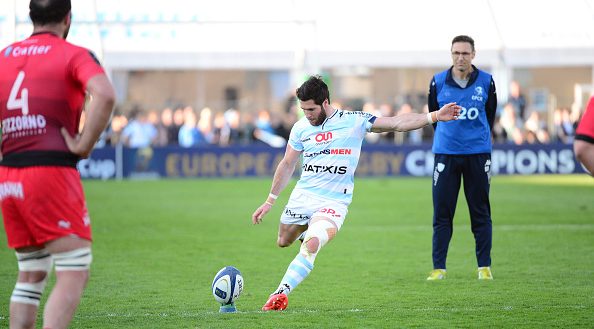 2020 Heineken Champions Cup runners-up Racing 92 defeated 2021 runners-up Stade Rochelais 23-10 to climb to the summit of the TOP 14 in Saturday’s battle between two of Europe’s top clubs.

Racing centre Virimi Vakatawa notched the opening try of the contest after just 11 minutes, before Stade Rochelais fly-half Ihaia West reduced the deficit at half-time to 7-3 with a penalty.

Scrum-half Maxime Machenaud added an early second-half penalty to give Racing a 10-3 lead, but back-row forward Kevin Gourdon then crossed the whitewash and West added the conversion to tie the game.

However, Machenaud nudged Racing back in front with his second penalty just after the hour and then Racing were awarded a penalty try when Remi Bourdeau dived on Gaël Fickou as he was about to ground the ball. Nolann Le Garrec ended the scoring in the final minute with a further penalty.

Scoring was at a premium in the opening 40 minutes, with two Matthieu Jalibert penalties the only points in the first half as UBB led 6-0 at the interval.

The hosts, however, turned it on in the second half in a four-try performance, with Nans Ducuing, Ben Lam, UJ Seuteni and Yoram Moefana dotting down as the Bordeaux backs ran rampant. Jalibert added a further nine points with the boot and Maxime Lucu also kicked a conversion.