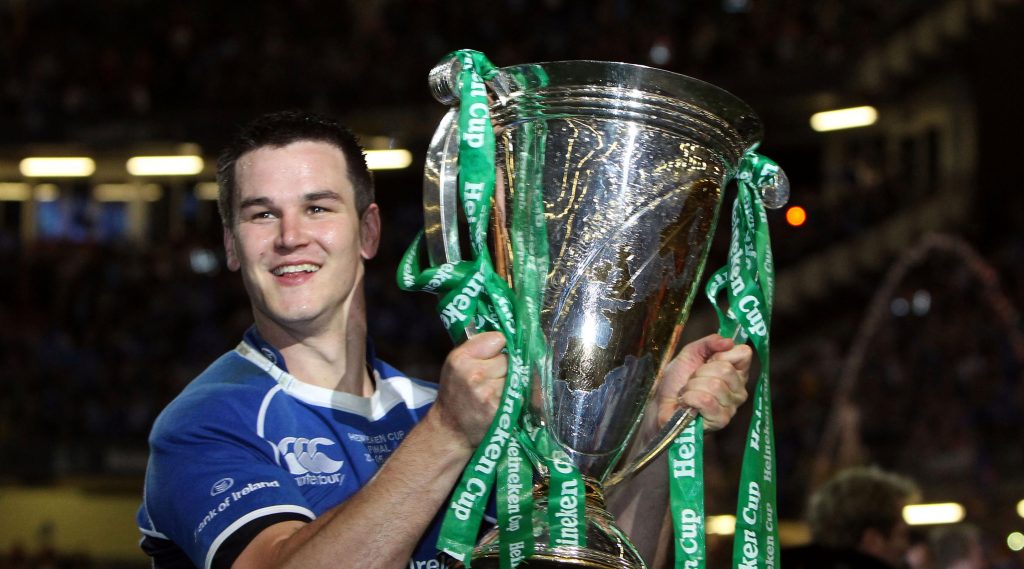 Over the last month we have been getting you to decide which of the eight greatest teams to grace the European Cup is the best of all, and now we have the all-important details for the semi-final stage!

Voting is now open for the first semi-final between Leinster and Munster, and by entering you will be in with the chance of winning some signed European Rugby merchandise. To mark the first semi-final, we have taken a look back at four of Leinster’s greatest European victories from that time period.

Fly-half Johnny Sexton made no mistake from long distance in the 2009 Heineken Cup final against Leicester Tigers on just his eighth European appearance to hand Leinster a first European crown.

After a Leicester clearing kick, Sexton collected the ball just inside his own half before unleashing a simply outrageous drop goal attempt that had all the distance and accuracy required to nudge the Irish province into a three-point lead. Leinster would go on to win the match 19-16 and their first European title as a result.

Leinster reached the final of Europe’s elite competition for the first time in 2009 after coming on top of an all-Irish showdown with Munster Rugby.

Gordon D’Arcy and Luke Fitzgerald scored for the visitors either side of halftime before Brian O’Driscoll intercepted a Munster pass and ran the length of the pitch to seal the win in the closing stages.

The victory ended Munster’s reign as European champions, with Leinster going on to claim their maiden title after battling to a 19-16 win over Leicester Tigers in the final.

On their way to their second title in three years, Leinster overcame four-time champions Toulouse in Dublin.

Champions the year prior, Toulouse took the lead early on through a Florian Fritz score after David Skrela’s penalty rebounded off the post.

But tries from Jamie Heaslip and O’Driscoll, along with 20-points from the boot of Johnny Sexton, saw Leinster earn a place in the final where they then dispatched of Northampton Saints.

Leinster claimed a historic third title in four years in 2012, reaching the final that year courtesy of a hard-fought victory over ASM Clermont Auvergne in France.

The hosts led 12-6 at half-time thanks to four Brock James penalties, but Cian Healy went over shortly after the break before a Rob Kearney drop-goal and a third Sexton penalty completed Leinster’s turnaround.

The victory set up as monumental clash with Ulster Rugby, but Leinster produced a sensational display to demolish their Irish rivals 42-14.