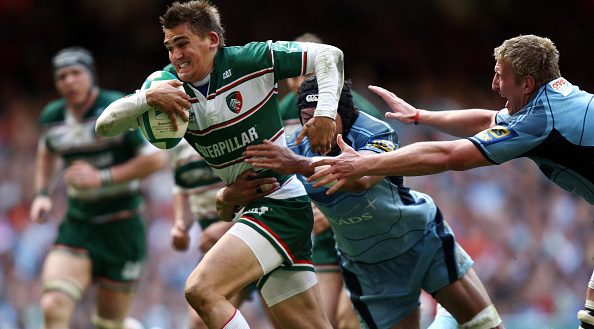 Former Leicester Tigers, Newcastle Falcons and Stade Toulousain fly-half Toby Flood has announced his retirement from rugby after a career spanning over 16 years.

Flood made 60 Test appearances for England, featuring at two World Cups, and won three Gallagher Premiership titles at Leicester in a spell that saw them reach the European Cup knockout stages with regularity.

He was very unfortunate not to feature in a European final, having picked up an Achilles injury in Leicester’s famous 2009 semi-final win over Cardiff Blues after a place kick shootout.

That meant he missed out on the Welford Road side’s 2009 final against Leinster Rugby, when they were edged out 19-16 at BT Murrayfield.

Across the European Cup and Challenge Cup, Flood managed to amass a total of 18 tries from 69 appearances with a total of 556 points, with 76 of them coming in the aforementioned 2008/09 season.

We're at the all-important semi-final stage of our knockout competition to find the greatest European Cup team of all time! 🙌

Flood will continue his Masters studies for a degree in business at Cambridge University in addition to complementing the work of director of rugby Dean Richards and his coaching team of Dave Walder and Mark Laycock, becoming kicking and skills coach.

Speaking about Flood’s retirement, Richards said: “Toby can look back with great pride on an outstanding playing career for club and country.

“He has been in the very top bracket of English fly-halves for well over a decade, and will now add enormous value to us from a coaching perspective.

“He’s a very intelligent guy who understands the game incredibly well, so it’s fantastic news that he will remain at the club and be part of the exciting future that we’re all working towards.”