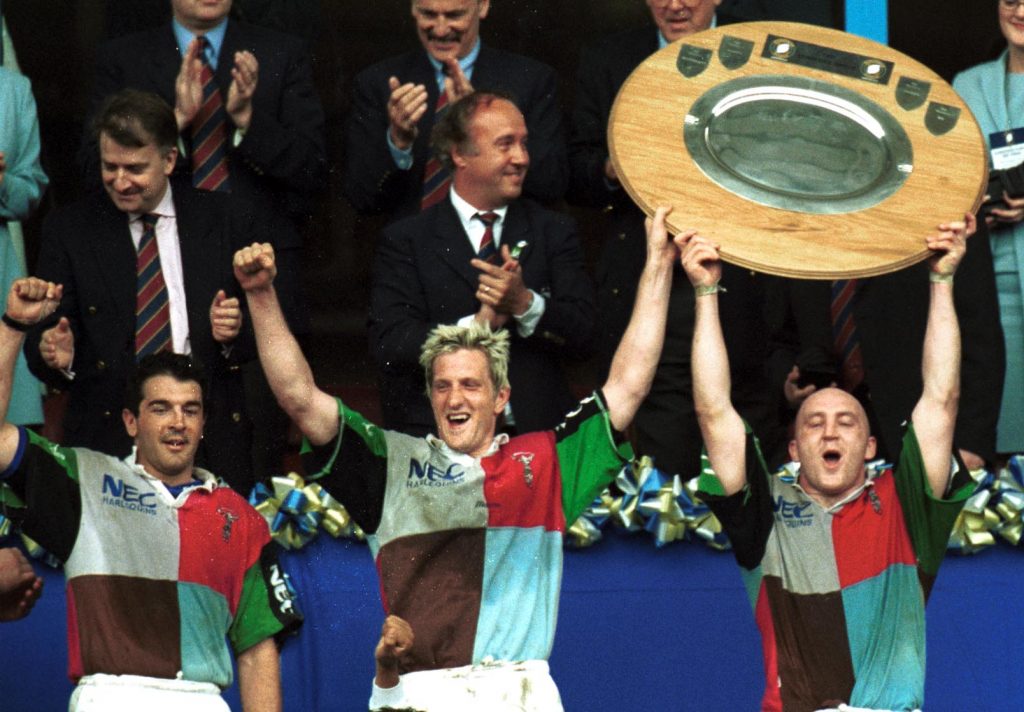 We are taking a look back at some of the greatest Challenge Cup finals, with today’s decider coming in 2001 as Harlequins and Narbonne faced off at the Madejski Stadium, with the English outfit securing an extra time victory to win the Heineken Shield.

‘Quins fly-half Paul Burke was the hero of the hour kicking a drop goal and a penalty in extra time to earn a thrilling victory over French outfit Narbonne.

The sides were unable to be separated after 80 minutes – deadlocked at 26-26 – after Narbonne’s Argentinian hooker Mario Ledesma dotted down with five minutes remaining, Gonzalo Quesada kicking a difficult conversion for the tie.

Harlequins took the impetus in the first half of the extra period, winger Daren O’Leary capitalising on a powerful surge from Will Greenwood to score under the posts. Burke then extended the lead to 36-26 with a penalty.

Narbonne replied with a try of their own before the extra time interval, No.8 Stuart Reid powering through from close range to reduce arrears to just three points. The French side had chances to take victory before Burke kicked a penalty and a drop goal to secure the trophy.

Earlier in the game, Ledesma opened the scoring with a sixth minute penalty before ‘Quins responded within 60 seconds. Fly-half Ben Gollings was the try scorer as he dived down in the corner for the go-ahead score – Burke adding the conversion.

However, the French side took the lead on the half hour mark, Argentinian international Ignacio Corleto touching down for Narbonne’s first try of the contest.

The English notched their second try of the afternoon early in the second half – Pat Sanderson the scorer – before the dramatic late score from Ledesma took the contest into extra time.

The victory, the first of three Challenge Cup triumphs for Harlequins, will remains one of the most entertaining competitional finales to date. 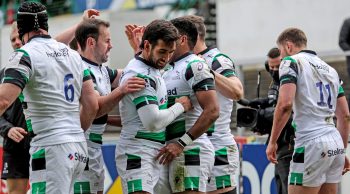