Cullen: ‘We’ll have our hands full’ 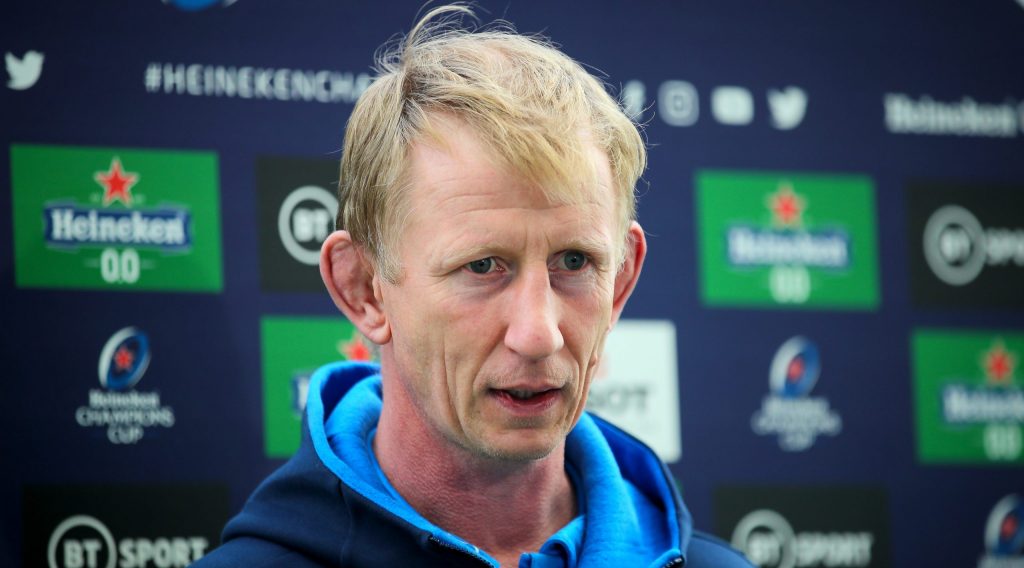 Leinster Rugby head coach Leo Cullen believes the Irish province will “have their hands full” with their draw for the pool stages of next season’s Heineken Champions Cup.

The four-time winners have been paired with Montpellier Hérault Rugby and Bath Rugby, both of whom they know well, having played the French side seven times and the 1998 champions 11 times in European rugby’s elite competition.

Leinster have outstanding records against both, having beaten Bath nine times and the European Rugby Challenge Cup holders on five occasions, but Cullen, the first person to win a European Cup as a player and as a head coach, stressed: “We’ll have our hands full with both teams.

“Montpellier did well to win the Challenge Cup, as Leicester were very strong. We’ve had a few encounters with them in recent seasons, as we’ve been drawn with them in the early stages. They’ll be a physical challenge.

“We know Bath pretty well. Stuart Lancaster [Leinster’s senior coach] and Stuart Hooper [Bath’s director of rugby] worked together at Leeds, so they’ve got a coaching relationship and they’ve stayed in contact.

Having lost at home to Saracens in the 2019/20 quarter-finals and at La Rochelle in last season’s semi-finals, Cullen admitted his players have “good motivation” for this season.

“Last season, when Covid struck, the pools got rejigged and the season took on a different course,” he recalled. “After a good win [at Exeter] unfortunately we didn’t quite fire well enough at La Rochelle and they fully deserved the win. A lot of players were disappointed after that, which is good motivation going into this season.

“Looking back to last season, we tried to finish the previous season, so it felt like we lost in Europe twice! We lost two big knockout games.”

The Leinster boss has started welcoming his players back to pre-season in different groups, but it will be a while before he has everyone together.

He explained: “We’ve just got back together and are trying to put the jigsaw together with a number of groups. A number of players played in the Irish Tests at the end of the season, so they’ve got a month off. It will be similar for the Lions too.

“It’s quite unusual – with the new PRO16 [United Rugby Championship]. We’re trying to get our heads round that.

“We’re trying to get our heads round the format of the European season too, with some of the rules of the competition. It’s going to be later too. But we’ve been drawn out of the hat, so that focuses the mind.”