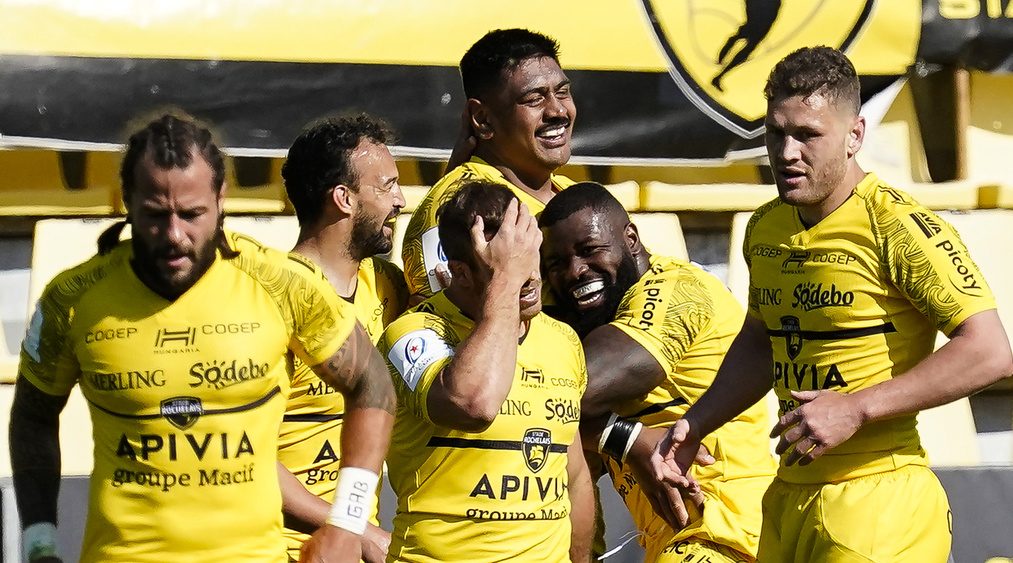 Our Matches of the Season feature is nearing completion as we reach the semi-final stage of the Heineken Champions Cup, with La Rochelle pulling off a shock against European giants in Leinster Rugby.

Second-half tries from Gregory Alldritt and Will Skelton, as well as 22 points from Ihaia West, secured victory for the French outfit, who proved too strong for the Irish province in the latter stages after a superb defensive effort and some sparkling attacking play.

The TOP 14 club made a slow start and were seven points down just after the 10-minute mark, when Tadhg Furlong powered over after a string of carries close to the line, with Wiaan Liebenberg heading to the sin bin in the process for the hosts.

La Rochelle were in no mood to lie down, though, and West tucked over a penalty and then a drop goal to cut the lead to a point, before Ross Byrne responded with a penalty of his own.

Byrne slotted another on 28 minutes, but La Rochelle ended the half on top and cut Leinster’s lead to 13-12 as West proved clinical from the kicking tee, nailing a pair of penalty kicks.

The teams continued to trade penalty kicks in the opening 20 minutes of the second half, but when James Lowe was shown a yellow card on 58 minutes with the score 18-16 to the hosts, La Rochelle began to turn the screw.

Tawera Kerr-Barlow thought he had scored for La Rochelle, but after being adjudged short of the line, the hosts did go over, with Alldritt collapsing over the line with help of Skelton.

Skelton also got in on the act on 75 minutes for the match-winning try, with the driving maul proving too strong for the Leinster defence, who splintered with surprising ease.

Byrne did score and then convert his own try with two minutes to play, but it was only a consolation as La Rochelle ran out comfortable winners.