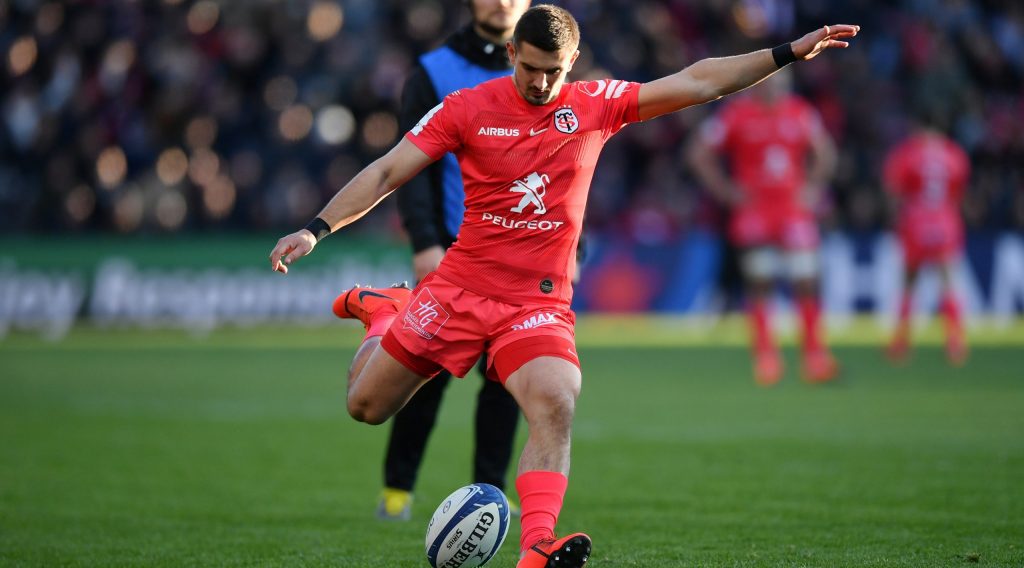 Thomas Ramos produced a kicking masterclass as Toulouse secured a European and domestic double with an 18-8 victory over La Rochelle in the TOP 14 final.

The showpiece game was a re-run of the Heineken Champions Cup final in May which saw Toulouse edge 14-man La Rochelle at Twickenham Stadium to claim their fifth European title.

Toulouse were triumphant once again in the TOP 14 final, following in the footsteps of the past three Heineken Champions Cup winners – Exeter Chiefs, Saracens and Leinster Rugby – by sealing a European and domestic double.

It was the goal-kicking prowess of Ramos that inspired Toulouse’s comprehensive victory at the Stade de France on Friday night, as the 25-year-old punished an ill-disciplined La Rochelle team.

With the influential Romain Ntamack ruled out through injury, Ramos stepped into the fly-half berth and was immediately involved as he slotted a penalty on three minutes.

The Frenchman then doubled his tally with less than ten minutes gone, slotting a drop goal after being set up by EPCR European Player of the Year Antoine Dupont.

With Toulouse well in control of proceedings, Ramos nudged his third penalty of the evening on 34 minutes before Cheslin Kolbe produced a moment of brilliance.

The diminutive wing stepped back into the pocket over 50 metres out from the posts and unleashed a sensational drop goal to send Toulouse into half-time 12-0 up.

La Rochelle registered their first points of the game three minutes into the second half as Ihaia West kicked a penalty, but Ronan O’Gara’s side never threatened to haul themselves back into contention.

Ramos reinstated Toulouse’s 12-point lead on 64 minutes as the second half ticked by, with his fourth penalty in closing stages all but sealing his side’s win.

Dany Priso broke off from a maul to cross for a La Rochelle consolation try with three minutes to play, but the final whistle confirmed Toulouse’s first 21st French title.

Toulouse’s victory was also a fitting end to Jerome Kaino’s glittering career, with the former All Blacks back-row coming off the bench to make his final appearance in professional rugby.

Kaino’s three campaigns with Toulouse saw him tally up 19 Heineken Champions Cup appearances, scoring two tries and picking up a Heineken Star of the Match award.