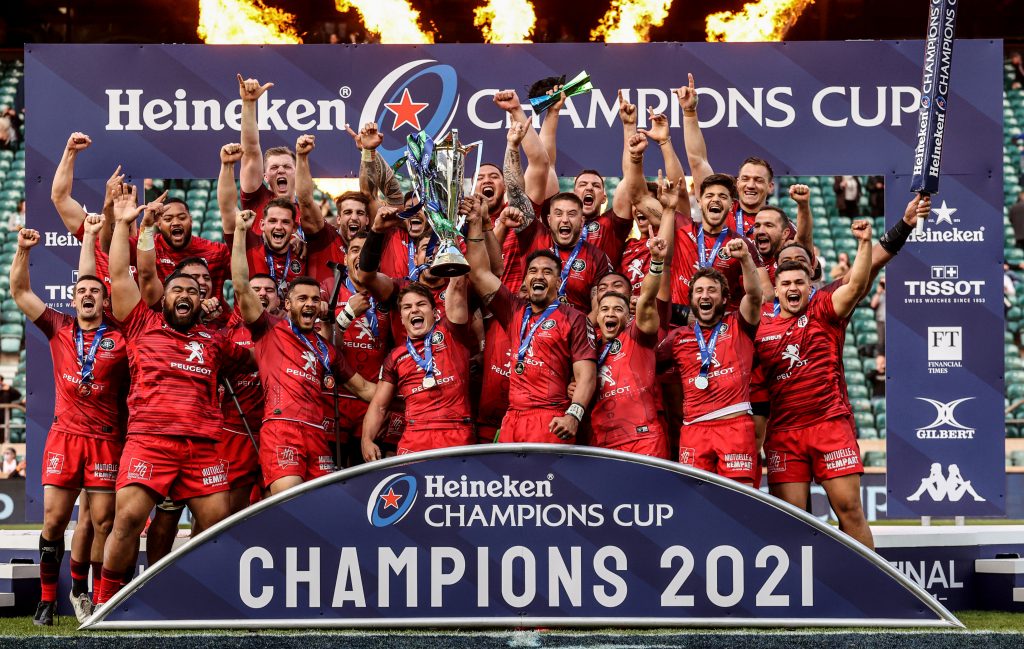 In our final season review, we look at the showpiece final that saw Toulouse break European Rugby history at English Rugby’s HQ.

Toulouse became the first side to win five European titles after a stunning 22-17 win over La Rochelle in a dramatic Heineken Champions Cup final at Twickenham Stadium.

La Rochelle would regret a string of missed chances as well as a red card to centre Levani Botia, although Tawera Kerr-Barlow did cross the whitewash with five minutes to play to set up a grandstand finish.

Ntamack and Ihaia West traded penalty kicks early on, before the match turned on 27 minutes.

The opening try came courtesy of Mallia, on his first Heineken Champions Cup start, after a lovely cut-out pass to start the move from Ntamack, before play was nudged back inside to Argentinian who darted back to the outside and dived over.