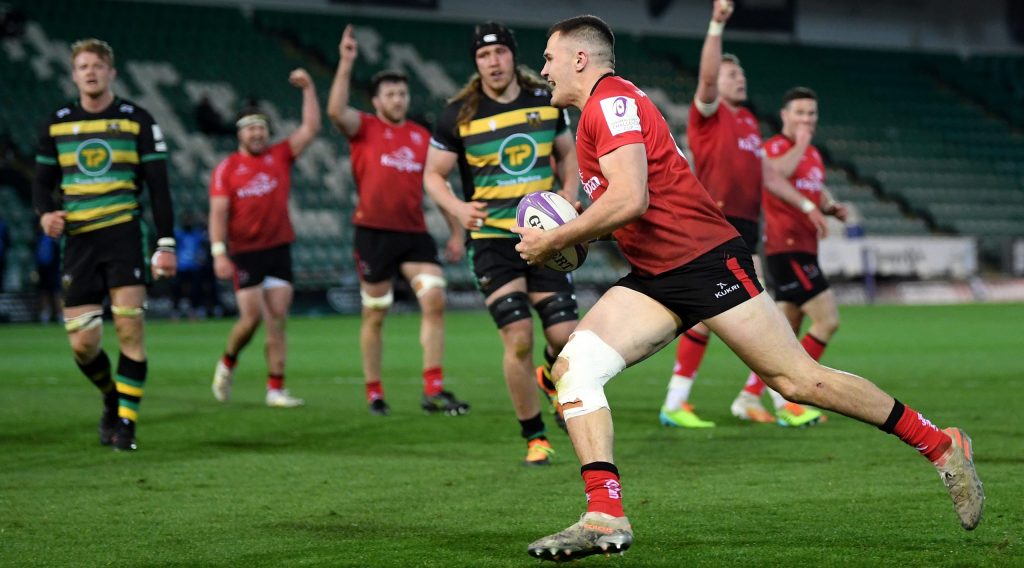 We have recapped this season’s four epic European Rugby Challenge Cup quarter-final showdowns, as we move into the latter stages of our Season Review of another blockbuster competition.

Ulster Rugby battled back from eight points down against Northampton Saints to claim a thrilling 35-27 victory at Franklin’s Gardens.

Matavesi’s infringement saw Ulster awarded a penalty try before Rob Herring crossed for the visitors, only for Tommy Freeman to score twice in three minutes for Northampton to put the English side eight points clear at the break.

Marty Moore bundled over for Ulster at the start of the second half, before Ollie Sleightholme hit back for Saints. However, John Cooney and Jacob Stockdale crossed in the final 20 minutes to send the Irish province into the semi-finals.

A dominant Leicester Tigers side crossed the whitewash five times at Mattioli Woods Welford Road in a commanding 39-15 win over Newcastle Falcons.

Tigers got off to a perfect start when Harry Potter produced an excellent finish in the corner after a smart Johnny McPhillips kick and went further in front after a penalty try on 13 minutes.

Falcons refused to roll over, though, and stayed in the game through a George Wacokecoke score, only for Leicester to assert themselves further after the break as more good work from McPhillips saw Matias Moroni go over.

Newcastle scored again when Tom Penny collected a clever inside ball from Ben Stevenson, but Tigers went on to grab another penalty try before Potter notched his second score of the game in the closing moments.

Benoit Paillaugue was the catalyst for Montpellier’s hard-fought victory over Benetton Rugby, racking up 23 points in a 31-25 success at the GGL Stadium.

Paillaugue and Benetton’s Paolo Garbisi exchanged early penalties, before the Montpellier man snuck over the whitewash from close range.

Further penalties from both players followed, in addition to a drop goal from Montpellier’s Anthony Bouthier, and it was the French side who took a six-point lead into the second half as Paul Willemse powered over on 36 minutes.

The impressive Garbisi went over in the corner to swing the match in the visitors’ favour, but Paillaugue was on hand with his second score of the evening 10 minutes later and despite a valiant effort from Benetton, Montpellier clung on to advance to the final four.

Will Stuart scored a brace of tries as Bath Rugby marched into the semi-finals with a comprehensive 26-13 win over fellow Gallagher Premiership side London Irish at the Recreation Ground.

A sluggish Bath start saw Irish take the lead as Agustin Creevy went over, with the hooker benefiting from a powerful rolling maul.

Bath soon found their rhythm, though, with Josh McNally crossing before some electric Taulupe Faletau footwork created the opportunity for Stuart’s first try.

Stuart then notched his second score on 31 minutes after a series of productive Bath pick-and-drives, before Challenge Cup Man of the Match Zach Mercer scored to end Irish’s hopes of a second-half comeback, after Paddy Jackson had kicked the visitors to within six-points. 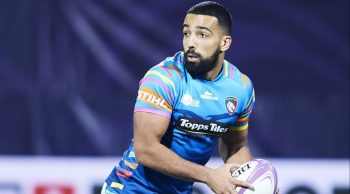