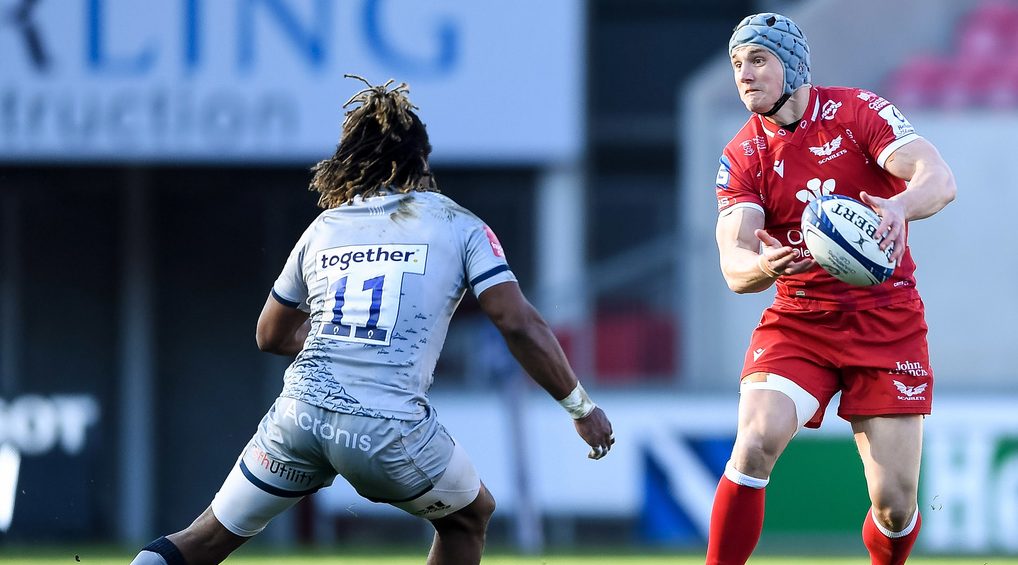 Scarlets centre Jonathan Davies is set to captain Wales for the upcoming summer internationals against Canada and Argentina, whilst his teammate Leigh Halfpenny is also set to make a landmark appearance next month.

Davies – who has made 55 appearances in European rugby with 12 tries to his name – will lead out his nation in place of lock Alun Wyn Jones, who captains the British and Irish Lions on their tour of South Africa.

Speaking of the 33-year-old, Wales head coach Wayne Pivac said: “He’s got a big leadership role and is going to enjoy that challenge.

“It gives him something to really focus on while he’s with us and if he’s on a shortlist for the Lions and there is a call-up, he’s in the right place and ready to go.”

Scarlets full-back Leigh Halfpenny has also been selected by Pivac, with the 32-year-old expected to make his 100th Test appearance, having featured 95 times by Wales in addition to his four British and Irish Lions appearances.

Halfpenny lifted the Heineken Champions Cup in 2015 with RC Toulon, kicking 14 points in the final as they defeated fellow French outfit ASM Clermont Auvergne to complete a famous three-peat.

He also claimed Challenge Cup success with Cardiff Blues in 2010 and has scored a total of 561 points in European Rugby from his 66 appearances.