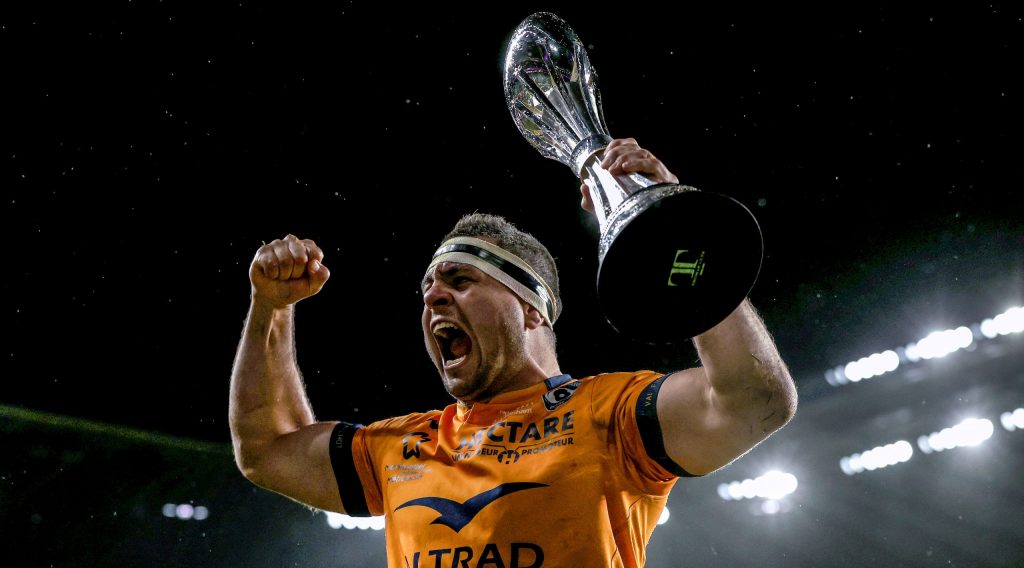 Montpellier captain Guilhem Guirado has spoken about the importance of returning his side to the Heineken Champions Cup, having secured qualification after clinching the European Rugby Challenge Cup last night.

The French side won a second Challenge Cup title last night after a dramatic 18-17 win over Leicester Tigers at Twickenham Stadium, with Johan Goosen’s second half try proving enough to secure the trophy by the narrowest of margins.

The victory ensures that Montpellier will be competing at the top table of European Rugby next season in the Heineken Champions Cup, despite currently not sitting in the qualification positions in the TOP 14.

And that fact was something that was not lost on Guirado, who hoped that his side would follow in the footsteps of the likes of La Rochelle, who feature in the Heineken Champions Cup final this afternoon.

“We knew winning tonight would qualify us for the [Heineken] Champions Cup next season,” said the France international.

Here's how it went down at Twickenham ➡️ https://t.co/y32YO12OCM pic.twitter.com/Zcz9OwWiJM

“We had trouble getting into this tournament last year because we lost the first two matches and it was difficult with the new format, which was why we ended up in the Challenge Cup.

“We know that it’s really important for the club to take part in the Champions Cup and I said that during the week in another interview.

“It’s important because all the clubs that have won the Challenge Cup have succeeded in raising their level in the Champions Cup in the following years.

“It gave them a breath of fresh air. I’m thinking of clubs like Clermont [Auvergne] or La Rochelle who will be playing in the Champions Cup final.

Drink in the glorious moment they lifted the trophy 👇 pic.twitter.com/L1F5Tq57zC

“I hope we can use this to build something strong for the spirit of this group who need to flourish and play together. It bodes well for next year.

“I won’t say we already can’t wait but we will certainly try to stay in the TOP 14 and we know that next year will be a new season with new challenges in the Champions Cup.”

Next season’s Heineken Champions Cup format is yet to be confirmed, but will feature 24 clubs with the showpiece final to be held in Marseille.