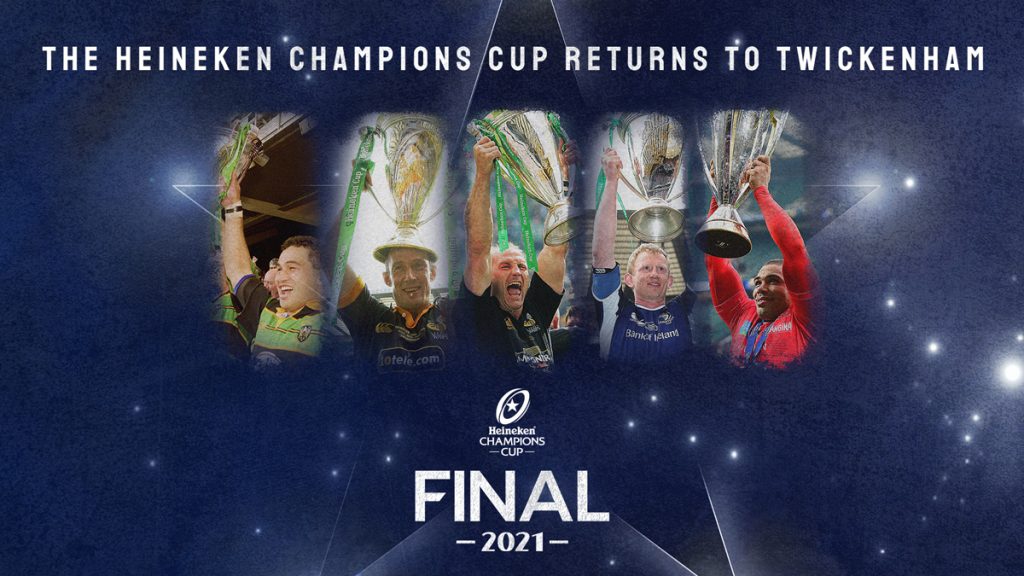 With the European Finals Weekend at Twickenham Stadium coming up this weekend, we take a look back at the five previous deciders that have been held at English rugby’s headquarters.

Paul Grayson kicked Northampton Saints to their first European title in the first Heineken Cup decider not to feature a French side.

In a front of a then-record final crowd of 68,441, the England international landed three penalties to show his young counterpart, Ronan O’Gara, how it is done.

The Munster fly-half missed all four of his kicks, including one a minute from the end, to leave the Irish province agonisingly short after scoring the game’s only try.

That came in the 33rd minute, when a series of quick, accurate passes set David Wallace free. Munster’s only other score was a Jason Holland drop-goal in the early stages.

Wasps won the Heineken Cup for the first time in dramatic fashion as scrum-half Robert Howley grabbed the decisive try in the dying seconds.

With the sides locked at 20-20, the Welsh international tried his hand with a grubber kick and swooped when Clément Poitrenaud dithered over the bouncing ball.

Full-back Mark van Gisbergen converted to complete a match tally of 17 points, which also included the conversions of his try and that of centre Stuart Abbott, plus two penalties.

Wasps denied English Premiership rivals Leicester Tigers the European-domestic double in comprehensive fashion as they lifted the Heineken Cup for the second time in four years.

The 2004 champions out-thought and outmuscled the Treble-chasing Tigers, who had also won the EDF Energy Cup, in front of a then-record crowd for a club game of 81,076.

Both Wasps’ tries came in the first half through scrum-half Eoin Reddan and hooker Raphael Ibanez. With fly-half Alex King kicking a penalty, they led 13-9 at the break following three penalties from his Leicester opposite number, Andy Goode.

The second half was all Wasps as King nailed three more penalties and dropped a goal, and two-time European champions Leicester failed to add to their score.

Leinster became the first side to win three Heineken Cups in four years as they produced a record-breaking performance to rout Irish rivals Ulster in front of an all-time high final crowd of 81,744.

They emulated Leicester Tigers in winning back-to-back trophies thanks to a record Heineken Cup final-winning margin and points total, as they also set a new final record of five tries.

Leinster made it three wins from three finals via first-half scores from flanker Sean O’Brien and prop Cian Healy, followed by a penalty try and late scores from replacements Heinke van der Merwe and Sean Cronin in the second period.

Two penalties from scrum-half Ruan Pienaar were Ulster’s only scores in the first half, but a further Pienaar penalty and a try from lock Dan Tuohy gave them hope – until they were blown away by Leinster’s late burst.

Toulon became the first side to complete a hat-trick of European Cups as they staged a fine comeback to defeat Clermont in the inaugural Champions Cup final.

They trailed 11-3 midway through the first half and only led 19-18 with 10 minutes to go, but a brilliant try from wing Drew Mitchell – in which he raced clear from near halfway after bamboozling six defenders – pulled Toulon clear.

After two Camille Lopez penalties and one from Toulon full-back Leigh Halfpenny, Clermont stormed ahead on 24 minutes, when a charge–down by scrum-half Morgan Parra was pounced on by centre Wesley Fofana for the game’s first try.

However, two more Halfpenny penalties cut the gap to 11-9 and then centre Mathieu Bastareaud  powered over on the stroke of half-time for a try converted by Halfpenny to give Toulon a 16-11 lead.

The Welshman extended Toulon’s advantage with his fourth penalty, only for full-back Nick Abendanon to chip over the Toulon defence for a try goaled by Lopez on 62 minutes and that looked to be the killer blow until Mitchell’s stunning effort.