Vito: Leinster have set the bar for a long time 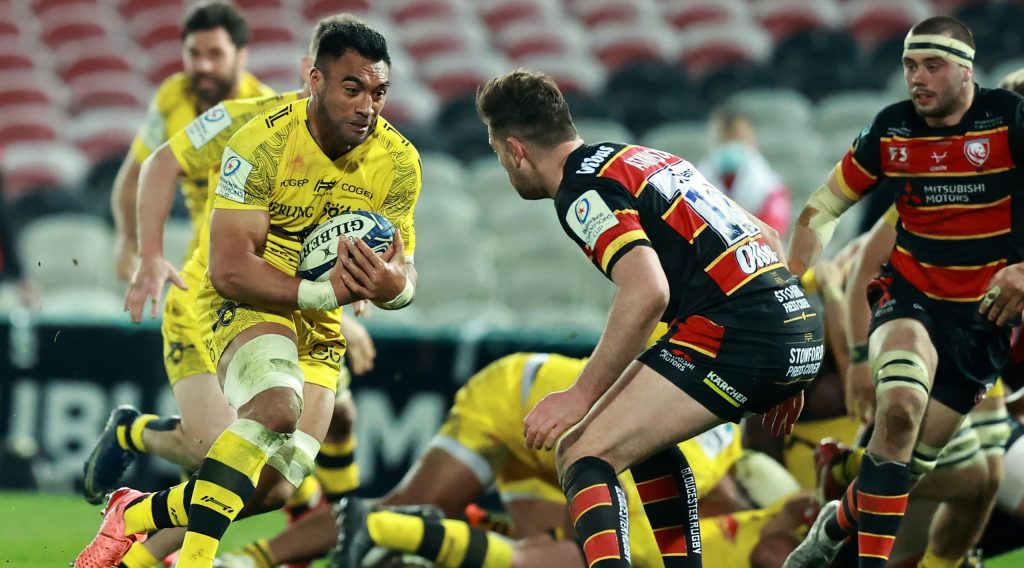 The French side take on four-time champions Leinster at the Stade Marcel-Deflandre on Sunday with hopes of reaching the final of the competition for the first time in their history.

Vito admitted he is somewhat in awe of the Irish province and their continued success at the elite level of European rugby.

“What’s not impressed me?” he responded when asked for views on Leinster. “With Stuart Lancaster at the helm and the rest of the boys there, [for example] Johnny Sexton.

“I think they’ve just been the model of professionalism really here in Europe.

“They’ve got something really special going on and everyone just wants to play for each other. I think they’ve got a real local focus as well with some of their players. That’s huge.”

In a competition steeped in history, who will be the next finalists?

Watch this and tell us you haven't got the #FridayFeeling ⬇️🙌 pic.twitter.com/0pki5VEvMF

Vito revealed that Leinster is a side he has always aspired to face off against, even while playing back in his native New Zealand.

“It’s pretty crazy to think we’ll be playing against them,” he admitted. “Leinster was one of those great teams you want to play against one day. Now all of a sudden we’re about to play them in a semi-final.

The 34-year-old went on to detail the influence head coach and former Munster Rugby fly-half Ronan O’Gara has had on La Rochelle during his tenure at the club.

“With Ronan he’s just an ultimate competitor,” he explained. I’m sure he was like that when he was playing with the Irish team. He just wants to win so bad and I think its really infectious.

“It doesn’t come off too daunting because he’s actually a nice guy to talk to. Mix that in with a real desire to win, a real attention to detail around certain things as well.”

With Twickenham hosting the 2021 #HeinekenChampionsCup final, take a look back at some historic European moments at the iconic stadium 🤩

With 9 points from the boot of Paul Grayson, @SaintsRugby downed Munster to lift the trophy in front of a packed Twickenham back in 2000 👏 pic.twitter.com/HE3adGSDcA

Vito also cited coach Jono Gibbes as another factor in La Rochelle’s excellent season, and despite his admiration for Leinster, he assured that he is determined to overcome the Guinness PRO14 side.

“We believed we were a great team, we believed we could do great things, but some of the detail he’s brought in along with Jono [Gibbes] as well, we’re now looking at a semi-final with Leinster.

“Obviously the proof is in the pudding – we still have to play them and try to beat them, but its an honour to be playing them at the same time.”