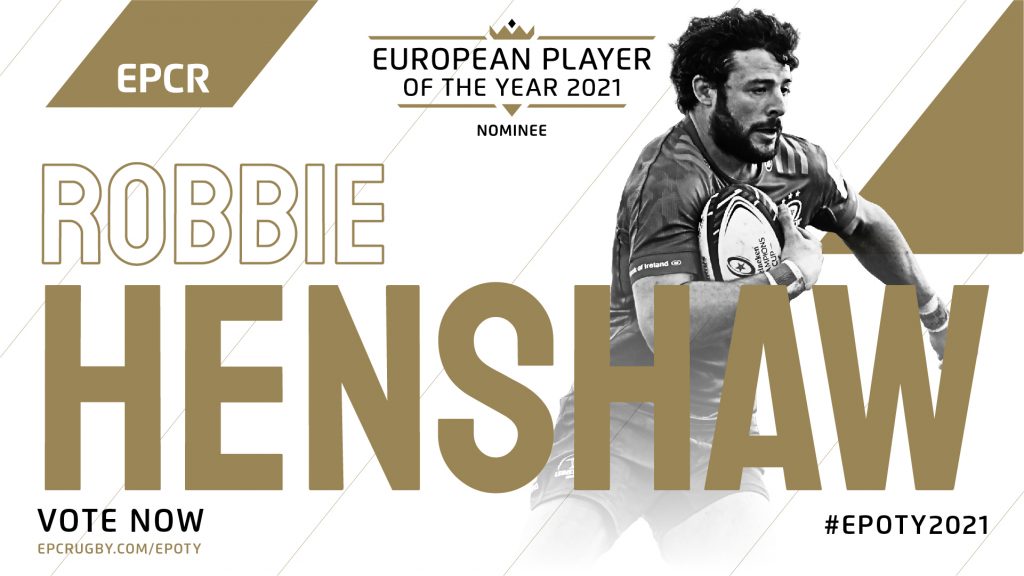 Leinster Rugby centre Robbie Henshaw has played every minute in his side’s Heineken Champions Cup campaign to date and is a worthy inclusion on the EPCR European Player of the Year shortlist.

Although the stats might not suggest he is having a stellar campaign, having not yet scored a try in this season’s competition, his midfield play has proved crucial as Leinster go in search of a record-breaking fifth star.

He has racked up 100 metres from 30 carries, making 26 important tackles at the same time but his attacking play allowed the likes of James Lowe, Jordan Larmour and Hugo Keenan the time and space to pick holes in defensive lines throughout the competition.