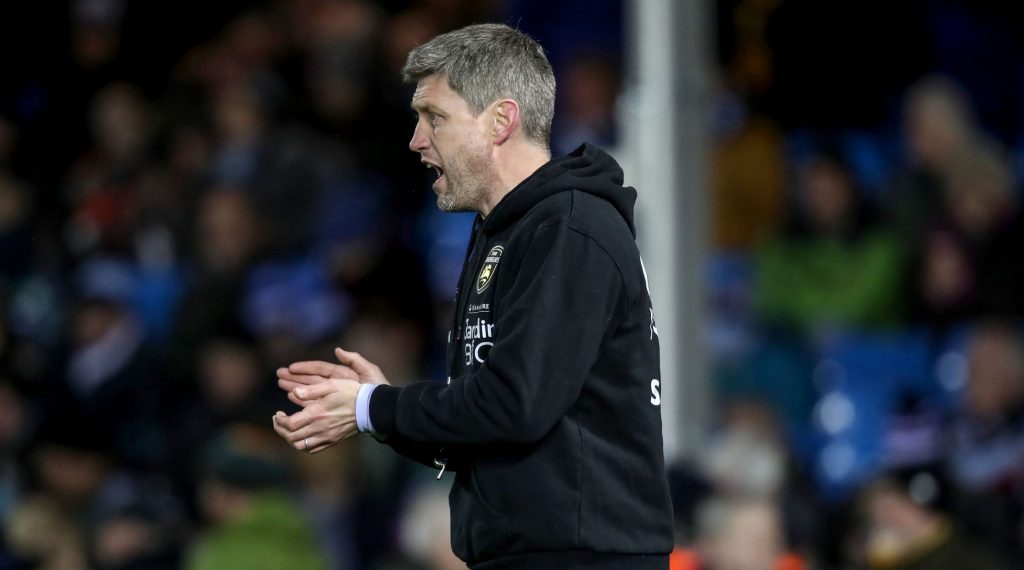 La Rochelle head coach Ronan O’Gara has said his players are enjoying the challenges that have come with progressing into the Heineken Champions Cup semi-finals for the first time.

The French outfit claimed a maiden semi-final spot after a comprehensive 45-21 defeat of Sale Sharks in the last eight, a week after seeing off another Gallagher Premiership side in Gloucester Rugby in the Last 16.

Much of the praise for La Rochelle’s outstanding domestic and European form has gone to head coach Ronan O’Gara, who is European Rugby’s leading points scorer.

He was quick to highlight his side’s excitement ahead of next month’s semi-final, and that his players are enjoying the European journey they are on.

“We are all excited to be in our first Heineken Champions Cup semi-final,” O’Gara told the Irish Examiner.

We look back at some of the results from this weekend's @top14rugby action, as @staderochelais warmed up for their #HeinekenChampionsCup semi-final in style with a win at home to Lyon 💪

“Leinster are a fine side, but we came out of the hat first and when it comes to Europe, there’s a sense that it’s always better not to be playing a team from your own league.

“Certainly the La Rochelle lads seem to particularly enjoy that challenge. Leinster are a proper team – and I use that word deliberately – the most settled in Europe, and there is massive trust there, a point especially evident at Sandy Park.

“When Johnny Sexton goes off, Ross Byrne doesn’t miss a beat in what was a challenging moment. That’s impressive.

“I haven’t faced them as a coach but as with any opponent I believe that we have the talent to win. It’s whether we can execute our plan for 80 minutes.”

The former Munster Rugby fly-half also added that although Leinster have European pedigree on their side, he couldn’t be more pleased with the players at his disposal.

There's another @staderochelais star in the running for the #EPOTY2021 prize! ✨

Powerful in the scrum and an offloading machine, Kevin Gourdon has been a key cog in a brutal back row 💪

Take a look back at his season so far ⤵️https://t.co/cQdKsQZ5at

“Leinster will set their own plan out and they have history on their side, and all those stars on the jersey, but we are growing this club and in a few years we hope to be a big deal as well,” O’Gara added.

“Let me put it this way: I couldn’t be happier with the players I am going into battle with.

“The European semi-final is precisely the sort of occasion you would want the Stade Deflandre thumping to the beat of 16,000 fanatical supporters. The La Rochelle faithful love their rugby, they are so Munster in that respect.

“But we are used to hollow, empty atmospheres in grounds at this stage. It’s a game and it’s there to be won.”