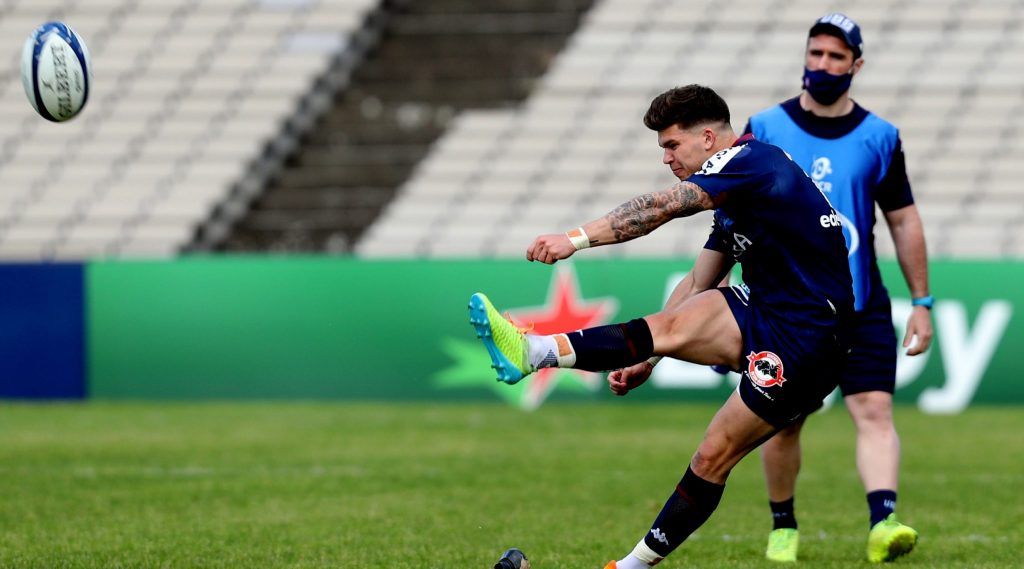 The 22-year-old scored all 24 points for Bordeaux in their dramatic 24-21 victory over Racing 92, kicking eight of his nine penalty goal attempts, and gained 81 metres from 18 carries.

His mammoth late penalty kick to see Bordeaux into the semi-finals for the first time set up a trip to four-time winners Toulouse in the last four.

As well as Jalibert, the Heineken Champions Cup Team of the quarter-finals includes:

14 Raymond Rhule (La Rochelle): one of four players to score a brace of tries in the quarter-finals, he also chalked up 52 metres from seven carries and provided a try assist.

13 Geoffrey Doumayrou (La Rochelle): registered two tries, as well as beating the second highest number of defenders (6) in the round and completing 9/9 tackles.

12 Ollie Devoto (Exeter Chiefs): made all his tackles (6/6) against Leinster and was one of just two No.12s to reach double figures for carries.

11 Tom O’Flaherty (Exeter Chiefs): the only player to exceed 100 metres (114) in the quarter-finals, he also completed a try double, beat almost twice as many defenders (11) as any other player in the round and made the joint most breaks (4).

10 Matthieu Jalibert (Bordeaux-Begles): showed why he is so highly-rated by scoring all Bordeaux’s 24 points, including a nerveless late penalty kick to send his side into a maiden semi-final.

9 Maxime Lucu (Bordeaux-Begles): made more metres than any other scrum-half in the quarter-finals (59 metres) and the most tackles of any No.9 (10). 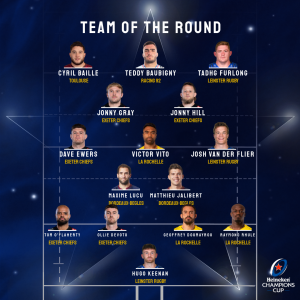 1 Cyril Baille (Toulouse): helped his side win 100% of their scrums and made the most carries (9) of any prop in the quarter-finals.

2 Teddy Baubigny (Racing 92): recorded the most carries (13) and tackles (14) of any front-row forward in the quarter-finals, as well as landing 14 lineout throws.

3 Tadhg Furlong (Leinster Rugby): notched the second most tackles (9) and second most carries (8) of any prop in the quarter-finals. Also helped his side win 100% of their scrums.

4 Jonny Gray (Exeter Chiefs): completed 17/17 tackles, the second highest of anyone in the quarter-finals. Only two players have made more in a Heineken Champions Cup match this season without missing one.

6 Dave Ewers (Exeter Chiefs): registered the most carries (21) of any player in the quarter-finals. Also scored a try, made 16 tackles and won a turnover.

7 Josh van der Flier (Leinster Rugby): the only player to exceed 20 tackles in the quarter-finals (22), he also won two turnovers.

8 Victor Vito (La Rochelle): assisted a try, made 34 metres from nine carries and 11/12 tackles, as well as winning six lineouts.