Antoine Dupont lands Champions Try of the Round award 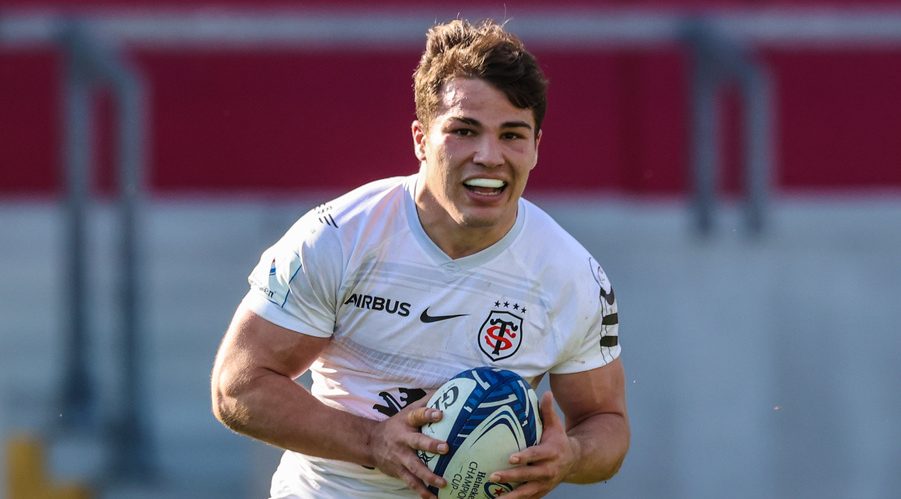 Antoine Dupont has notched up another accolade for him and for Toulouse as France Télévisions  expert Cécile Grès agreed with the fans to award him the Champions Try of the Round for the Round of 16 in the Heineken Champions Cup.

The scrum-half’s first try in the impressive 40-33 win over Munster Rugby at Thomond Park last weekend polled 58% of the public vote as well as earning the praise of Grès.

“Matthis Lebel’s stunning footwork was clearly the main feature of the try, but you also have to take into account Antoine Dupont’s clever support line. This try gets my vote because it was the turning point of the match in Toulouse’s favour,” said Grès.

Three of the other four contenders came from TOP 14 clubs as the French contingent booked five of the eight places in this weekend’s quarter-finals.

Kotaro Matsushima’s 83rd-minute winner for ASM Clermont Auvergne in their 27-25 victory over Wasps at the Ricoh Arena came second in the voting with 27%.

“Matsushima’s break – which leaves three defenders on the ground – is as daring as it is perfect. It allows Clermont to go for a victory in the last second,” Grès commented.

Third in the voting was Maxime Machenaud’s 33rd-minute try for Racing 92 in their 56-3 home win over Edinburgh Rugby, which was made by the quick hands of Virimi Vakatawa and Jordan Joseph.

“Beautiful rugby from Racing 92 with the first offload from Vakatawa to Joseph, before his exceptional offload continued the move,” commented Grès.

Last in the voting, but rated the fourth best try of the round by Grès, was Henry Purdy’s sixth-minute effort for Bristol Bears in their 36-17 loss at Bordeaux-Bègles, a move that started with a lineout on the right flank and was finished expertly by the Bristol man on the opposite side of the field.

“A try reminiscent of that of France against England in the Guinness 6 Nations. It’s rare enough to be highlighted – it proves the collective and attacking effectiveness of this Bristol team,” Grès said.

Last in Grès’ ranking was the 22nd-minute score by La Rochelle in their 27-16 victory at Gloucester Rugby, where Levani Botia’s push pass to Arthur Retière contributed mightily to the try.

“Botia with a magical pass. Retière is in the right place and finishes very strongly. A deserved nomination for La Rochelle, a club which always plays entertaining rugby,” Grès said.