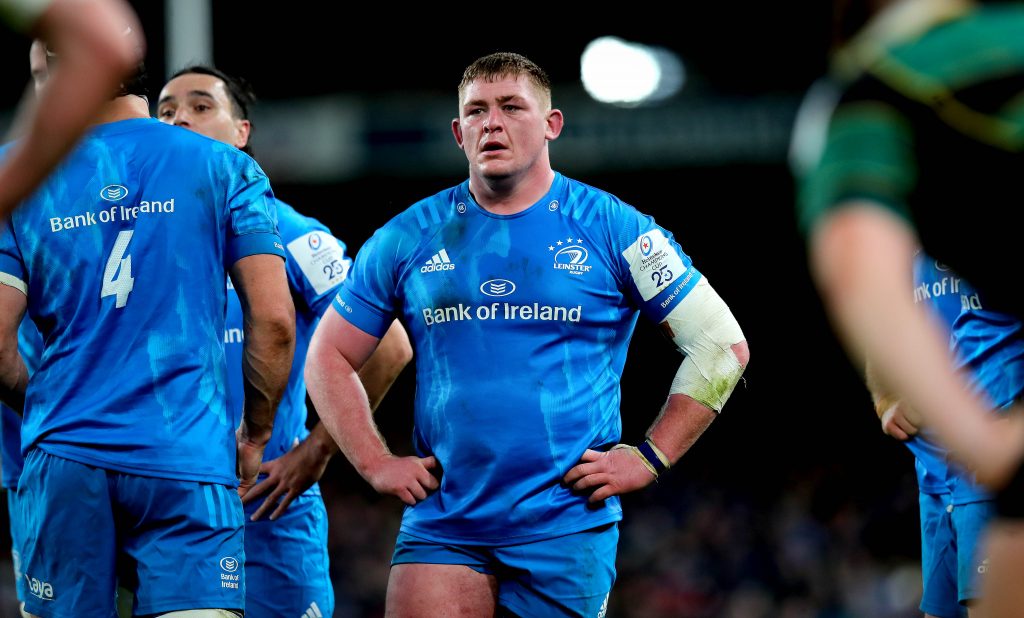 Leinster Rugby prop Tadhg Furlong has said his side have a big task on their hands to defeat defending champions Exeter Chiefs at Sandy Park in their Heineken Champions Cup quarter-final showdown on Saturday.

The four-time champions secured a meeting with Exeter after their match against RC Toulon was cancelled due to COVID-19, whilst the English side came from 14-0 down to defeat Lyon 47-25.

The two sides met in Leinster’s successful 2017/18 campaign, with the Irish province coming out on top in both pool stage matches, but Furlong was keen to point out that Exeter are a different beast in 2021.

“Obviously Sandy Park is a fortress for them, we have a big task on our hands at the weekend,” said the 28-year-old.

“They have been competing hard for a number of years, it clicked for them last year and they are going well again this year.

“You saw it against Lyon, they went down two tries early and just kept at it – they just keep rolling and there is a sense of inevitability – there was no panic – that show their confidence in their process and what they can deliver.

“They are no different to us when they get that kind of five metres out from the line, those pick and drives and to be fair to them they are probably the originals at it and they do it so effectively, mauling into their pick-and-go game.

Who are you backing this weekend?

“You feel there is an inevitability about them getting in.

“Once you’ve tasted success it can go either way for teams, some lay back on their laurels and expect it to happen and forget all the hurt they’ve had over the years.

“Or it goes the other way they get pent up and want it so much that they go back and attack it again – I certainly think Exeter are the latter.”

Furlong also reserved praise for EPCR European Player of the Year Sam Simmonds, who looked at his devastating best last weekend for the Chiefs.

“For a number eight he has that power and pace, he adds a lot to there team doesn’t he, he is a very important player for them – the way he is currently playing he has such an influence on the game,” Furlong added.

“It would be foolish not to do your analysis on him and try to figure out what’s coming.

“But saying that you can’t get bogged down on Sam Simmonds, they have a lot of good players.”