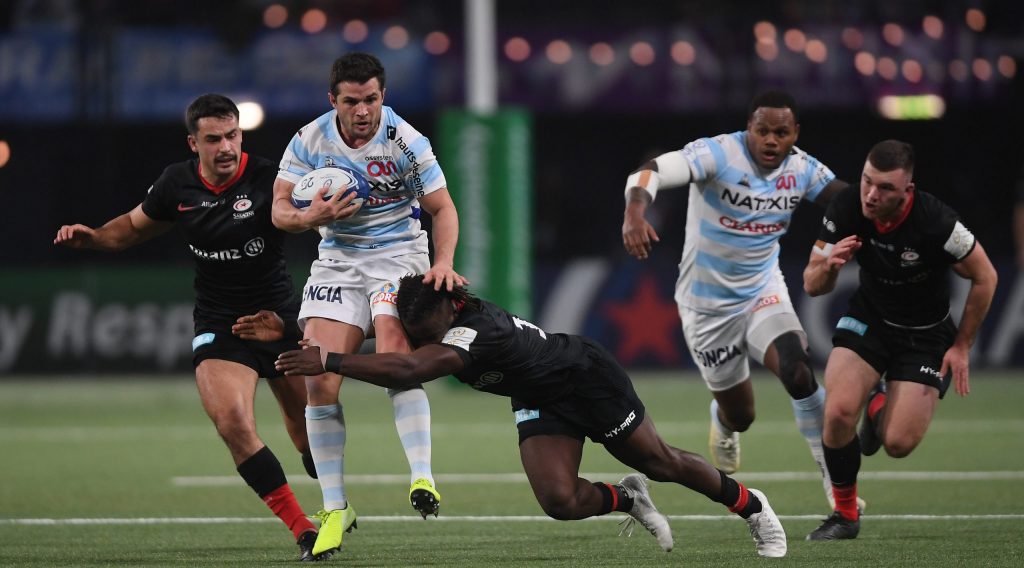 Dulin, who is set to face Gloucester Rugby in the Heineken Champions Cup last 16 at Kingsholm on April 2, crossed with nearly 82 minutes played to hand France a crucial 32-30 victory at the Stade de France.

RC Toulon lock Romain Taofifenua had given France the lead with a try five minutes into what would prove to be an exhilarating game and Bordeaux Bègles fly-half Matthieu Jalibert converted.

However, Wales hit back six minutes later as Northampton Saints fly-half Dan Biggar plunged over for a try that he goaled to level the scores.

A breathless opening 19 minutes continued as Jalibert set up Toulouse scrum-half Antoine Dupont for a second French try that he improved, only for Wales to equalise again when Biggar converted a try by Cardiff Blues flanker Josh Navidi, who went over from close range.

This time in 3️⃣ weeks it'll be #HeinekenChampionsCup quarter-finals weekend 🎬

Here are some of the most memorable QF moments 🤩

Which eight sides will be left this year? 👀 pic.twitter.com/UvUHo056Nf

Biggar, who finished with a match haul of 20 points, then nudged Wales in front with a penalty on 24 minutes, but Toulouse fly-half Emile Ntamack, Jalibert’s replacement, ensured France went in at the break level at 17-17 via a 33rd minute penalty.

Biggar slotted another penalty on 45 minutes, before converting a 49th-minute try from Cardiff Blues wing Josh Adams, who scrambled over after gathering a loose ball, to push Wales 27-17 ahead.

Ntamack’s penalty on 53 minutes cut Wales’ lead, but France’s hopes of victory seemed to take a hit as first Biggar kicked a 58th-minute penalty and then Montpellier lock Paul Willemse was shown a red card after 67 minutes.

The hosts’ pressure was unrelenting, though, and after Wales had been reduced to 13 men following two yellow cards, a 76th-minute try from Toulon flanker Charles Ollivon converted by Ntamack set up the nail-biting finish and six minutes later Dulin went over in the corner to snatch a famous victory.

Earlier, Leinster Rugby’s four-time European Cup winner, Johnny Sexton, was ruthless from the tee for Ireland as he kicked 22 points in a 32-18 win over England in Dublin.

Converted first-half tries from Munster Rugby wing Keith Earls and Leinster No.8 Jack Conan had put Ireland in control at 20-6 ahead at half-time, before Sexton punished an ill-disciplined England side in the second half with four of his six penalties.

Although Connacht Rugby centre Bundee Aki was red-carded on 63 minutes, tries from Leicester Tigers scrum-half Ben Youngs and Gloucester wing Jonny May were only consolation scores.