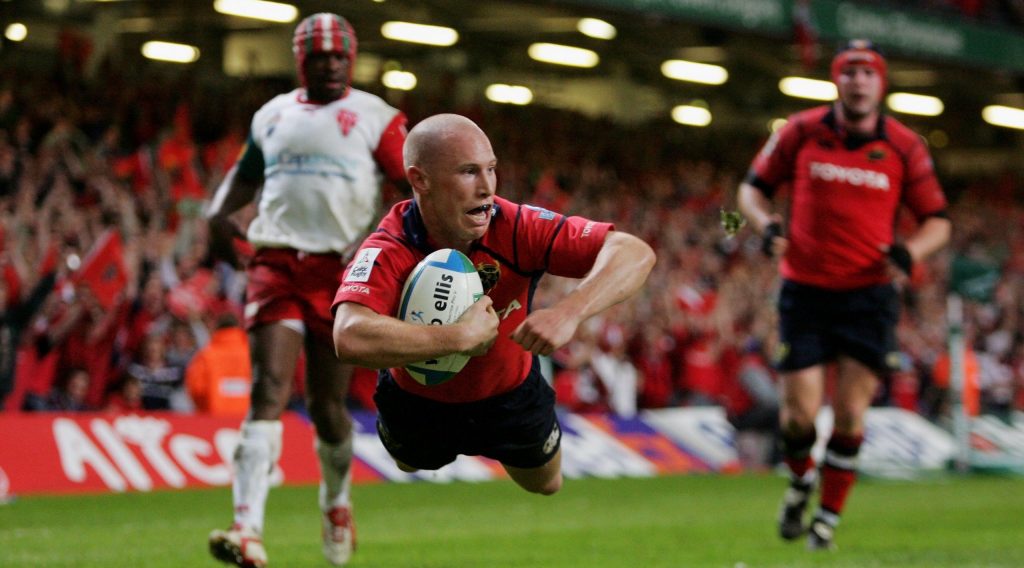 We continue our focus on Heineken Champions Cup Legends with five superb scrum-halves who have made a huge impact on the tournament since its inception in 1995.

A winner of the first two European Cups with two different clubs, Carbonneau played for Toulouse in the first final in 1996 – a 21-18 win over Cardiff Blues at Cardiff Arms Park – at centre, but moved to his more familiar No.9 slot the following season for Brive, when the French side beat Leicester Tigers 28-9 in the decider.

A pivotal part of Munster’s European Cup victories in 2006 and 2008, Stringer had his fair share of heartbreak before getting his hands on Europe’s ultimate club prize. He was in the side who lost finals to Northampton Saints and Leicester Tigers in 2000 and 2002 but had his day in the sun in 2006, scoring a try in Munster’s 23-19 final win over Toulouse.

Although Reddan was given his European Cup bow by Munster in 2003, it was at Wasps where he made his competition mark, scoring this opening try in the 2007 final as they defeated Leicester Tigers 25-9 at Twickenham. 2011 and 2012 also provided further European glory for Reddan, but with Leinster in their final successes over Northampton Saints and Ulster Rugby respectively.

Another lethal French goalkicking scrum-half, Parra made his European debut at Bourgoin, but his career really took off at Clermont, for whom he played in three European Cup finals – in 2013, 2015 and 2017 – although he was their goalkicker only in the first and last. Leading points-scorer in 2012/13 with 113, he is currently ninth in the all-time list with 530.