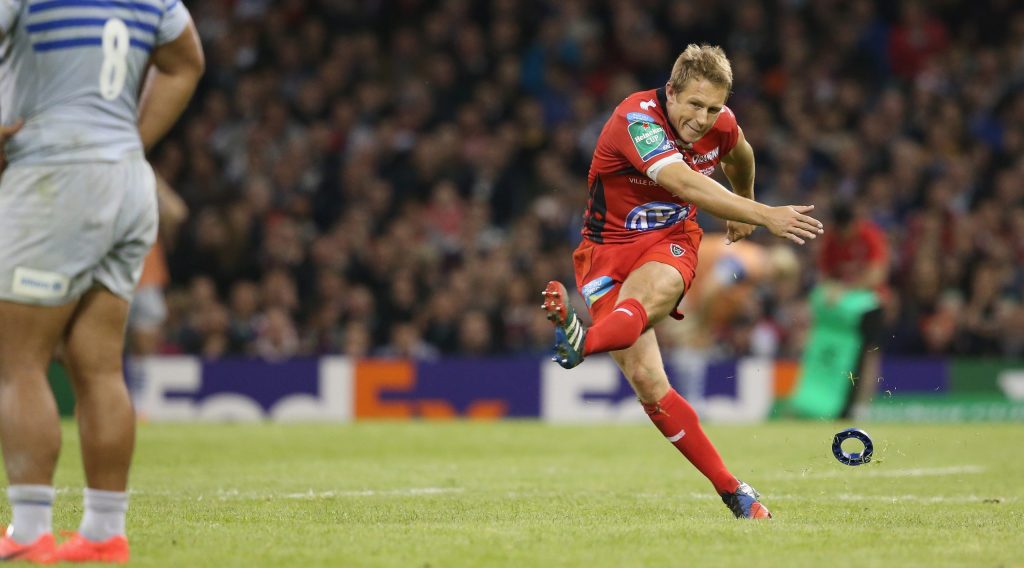 We continue our profiles of Heineken Champions Cup Legends with five prolific fly-halves who have amassed huge points tallies since the tournament’s inception in 1995.

O’Gara was such an important figure in the first 15 years of European club rugby that he was a shoo-in for the special award for that period. Not only did he guide Munster to their two titles, including this try in their 2006 semi-final win over Leinster Rugby, but he is also still comfortably the competition’s leading points-scorer with 1,365 from a record 110 games.

Although Michalak is down as a fly-half, he was a hugely versatile half-back, at home in the No.9 and No.10 jerseys as he lifted the trophy twice with Toulouse (2003 and 2005) and twice with Toulon (2013 and 2015), although he didn’t start either of the last two finals. A comparatively low points accumulator with 224 from 63 games, he was very skilful – as this try against Leicester Tigers in 2005 shows.

Only 30 of Wilkinson’s 67 European appearances were in the Heineken Cup, but what an impact he made in those, scoring 348 points, including 11 in the 2013 final and 13 in the 2014 decider to guide Toulon to successive titles. There was also this memorable drop-goal and gesture in the 2013 semi-final against Saracens which helped him win the EPCR European Player of the Year trophy.

Apart from two seasons with Racing Metro 92, Sexton has been a Leinster stalwart since 2008, registering 697 of his 709 European points in the elite tournament to stand fourth in the all-time list and steer the Irish province to their four titles. The highlight of those four finals for Sexton was undoubtedly 2011, when his 28 points, including this try, led Leinster to a 33-22 win after trailing 22-8 at half-time to Northampton Saints.

Four times in a row Farrell has finished as the Heineken Champions Cup’s leading points-scorer for the season, but strangely not in 2013, when he kicked this penalty against Racing Metro 92 to set a match record of 10. EPCR Player of the Year in 2017, when he won the second of his three European titles, Farrell is the third highest points-scorer of all time with 794 from 69 games.