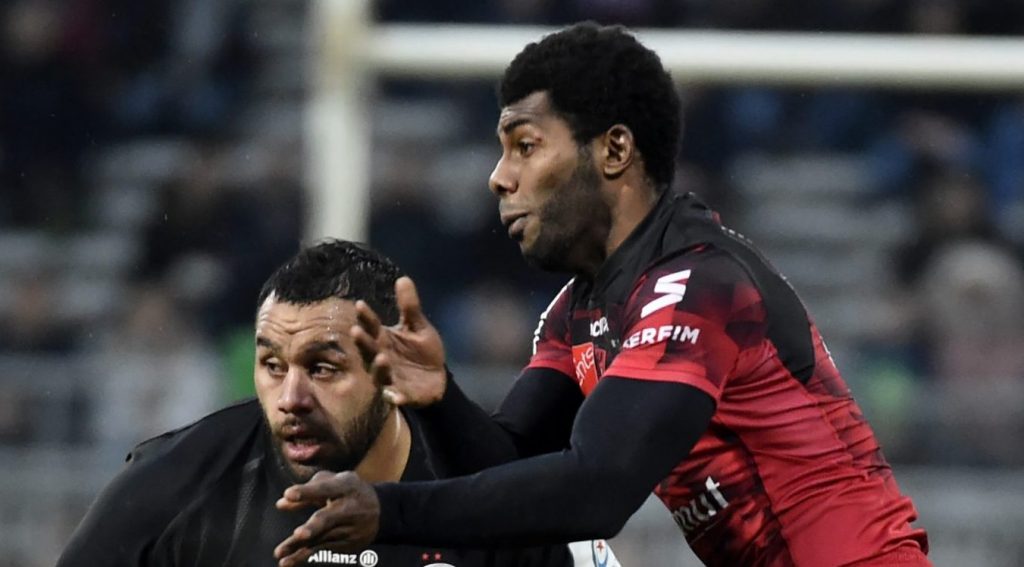 Lyon wing Nao Nakaitaci touched down for a try in each half as his side defeated Heineken Champions Cup rivals Toulouse 31-23 in an enthralling TOP 14 matchup on Saturday.

The Fijian star opened the try-scoring in the seventh minute of the game before their opponents grasped some control of the contest with three tries in 17 minutes – two from centre Dimitri Delibes and a penalty try.

New Zealander Dan Arnold responded with a try for Lyon prior to the interval before Nakaitaci doubled his tally early in the second period.

Another remarkable score line in the TOP 14 was recorded by ASM Clermont Auvergne who defeated Bayonne 73-3 – the hosts scoring ten tries in the contest with nine different scorers, Pecile Yato scoring twice.

It was an afternoon to remember for fly-half Camille Lopez who converted all ten tries, adding a penalty to record a 23-point performance.

5 wing wizards in the #HeinekenChampionsCupLegends 🤩

Bags of pace, lethal finishing, tries galore and plenty of titles – which of these stars was the best?

In the Gallagher Premiership there were two all-Heineken Champions Cup ties with Exeter Chiefs hosting Northampton Saints and Harlequins facing-off against Sale Sharks.

Northampton defeated the reigning European champions 13-12 in a thrilling contest at Sandy Park – No.8 Shaun Adendorff touching down after 10 minutes, Piers Francis adding eight points in the kicking game.

Harlequins have Joe Marchant to thank for their 24-12 victory over Sale, he scored two tries in four first-half minutes as the host took a 24-0 lead in the contest before ‘Quins fended off a late surge by Sale.

Scarlets, who have two wins from two in the Heineken Champions Cup this season, picked up their first win in four Guinness PRO14 fixtures with a 41-17 win over Benetton Rugby – youngster Jac Morgan notching a brace in the contest.

Connacht Rugby’s Alex Wootton was in fine form for the Irish province as he scored a pair of tries in his sides 32-17 victory over Cardiff Blues – Jack Carty adding 10 points with the boot.