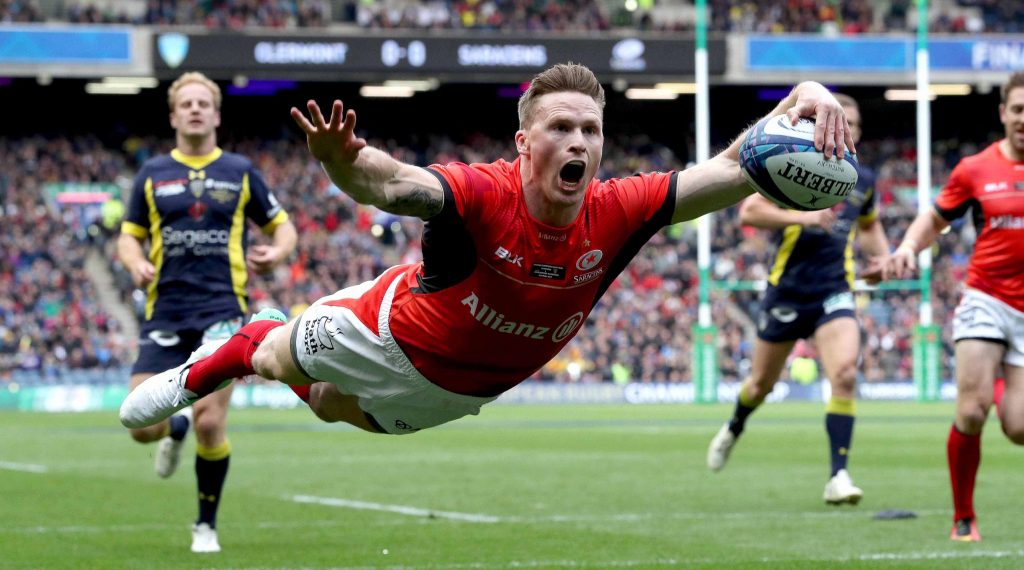 We continue our focus on Heineken Champions Cup Legends with five brilliant wings who have made a massive impact on the tournament since its inception in 1995.

Clerc wasted little time in making his presence felt in his first season in Europe’s elite club competition, running in seven tries, including this match-winner for Toulouse in the 2003 final against Perpignan. He went on to score 36 in 83 games, the second-highest tally in history of the tournament, collecting two more titles on the way.

Joint fifth in the list of all-time Heineken Champions Cup try-scorers with 29, this memorable effort in a Round 1 game against Leicester Tigers in 2014 came in his second spell with Ulster. Bowe was even more prolific in Europe for Ospreys, scoring 16 tries in only 25 appearances.

Nalaga’s consistently powerful performances were a key reason behind Clermont reaching the final three times in five seasons, including in 2013, when he scored the first of their two tries in a heartbreaking 16-15 loss to RC Toulon. The Fijian finished up with an impressive strike rate of 25 in 37 appearances.

The leading Heineken Champions Cup try-scorer of all time with 40, this crucial score in the 2017 final against Clermont put Saracens on the way to their second successive title. The dynamic Ashton ran in 29 tries for Sarries in the tournament, and has also scored for Northampton Saints, RC Toulon and Sale Sharks in Europe’s top flight.

This brilliant try in the 2020 semi-final which earned Racing 92 a 19-15 victory over Saracens is typical of the Argentinian’s lethal finishing in Europe. Imhoff has so far amassed 29 tries in 50 appearances for the TOP 14 club, including one in the final defeat to Exeter Chiefs last season.