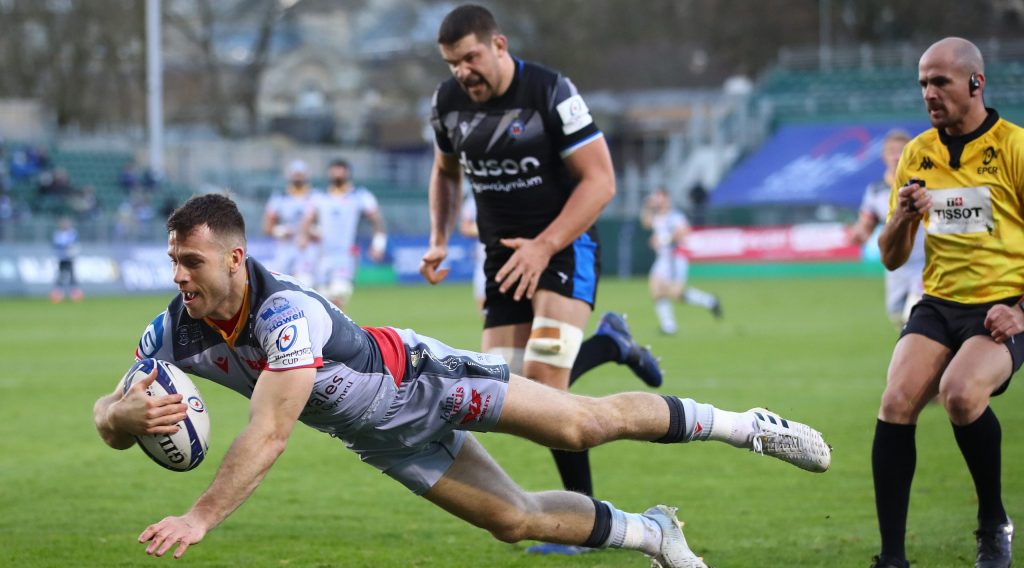 Gareth Davies of Scarlets scores a try against Bath Rugby

Scarlets duo Liam Williams and Gareth Davies have both been recalled to Wales’ starting XV on Saturday as they bid to notch back-to-back Guinness 6 Nations wins when they take on Scotland at BT Murrayfield.

Wing Williams – who lifted the Heineken Champions Cup with Saracens in 2019 – comes in after missing Wales’ 21-16 home triumph over Ireland last weekend due to a red card in Guinness PRO14 action against Cardiff Blues.

Scrum-half Davies returns in place of the injured Tomos Williams, whom he also replaced in last week’s success in Cardiff.

Wales head coach Wayne Pivac revealed that Scarlets back-row forward Josh Macleod was also in line for selection, for his first cap, until he was injured in training this week.

“We have to feel extremely disappointed for Josh, who we selected to start and to win his first cap, only to be ruled out later that day through injury,” the former Scarlets head coach told the Welsh Rugby Union website.

The Welsh region have impressed so far in this season’s Heineken Champions Cup in climbing to fifth in Pool A with nine points and two wins from as many matches.

Scarlets also have a player in Scotland’s starting XV, with back-row forward Blade Thomson included in Gregor Townsend’s team, who are looking to record successive victories as well following their 11-6 success over England at Twickenham.

Thomson is one of three changes made by Townsend, who also introduces Harlequins centre James Lang and Edinburgh Rugby wing Darcy Graham.