Dupont steals the show as France cruise past Italy 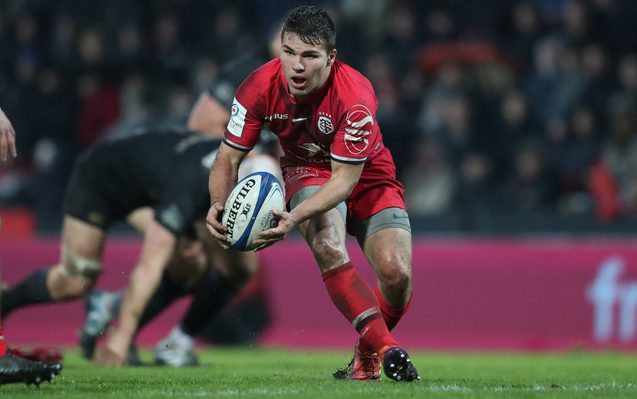 Toulouse scrum-half Antoine Dupont stole the show in the Guinness 6 Nations opener between France and Italy in Rome as the visitors ran out 50-10 winners.

His scintillating display included a deft kick through the Italian defensive line to allow Gael Fickou to touch down with 26 minutes played before producing a sensational offload to Montpellier centre Arthur Vincent just three minutes later, giving France a 24-3 lead at the break.

He added a try of his own in the second half – taking a Teddy Thomas offload under the posts before returning the favour three minutes later, providing an assist for one of two tries for the Racing 92 wing,

Dylan Cretin and Brice Dulin also crossed the whitewash in a one-sided affair – a second half Luca Sperandio try providing little consolation for the hosts.

The visitors opened the scoring with six minutes played, through wing Thomas before Dupont took control of the game, first with the elegant grubber kick through to Fickou before the quick-handed offload to Vincent as the French took a 24-3 lead.

The bonus point try came early in the second half when La Rochelle full–back Dulin scored. Four minutes later Dupont grabbed a deserved try of his own, Racing 92’s Thomas the provider as he offloaded to the scrum-half under the posts.

Dupont turned provider once again as Thomas to grabbed France’s sixth try before Sperandio grabbed Italy’s consolation. Thomas then rounded off the performance with his second – and France’s seventh – late in proceedings.

But it was Dupont’s performance that will be remembered, the Toulouse scrum-half showing why his club side are flying high in the Heineken Champions Cup.