Colomiers put Agen to the sword on this day in 1998 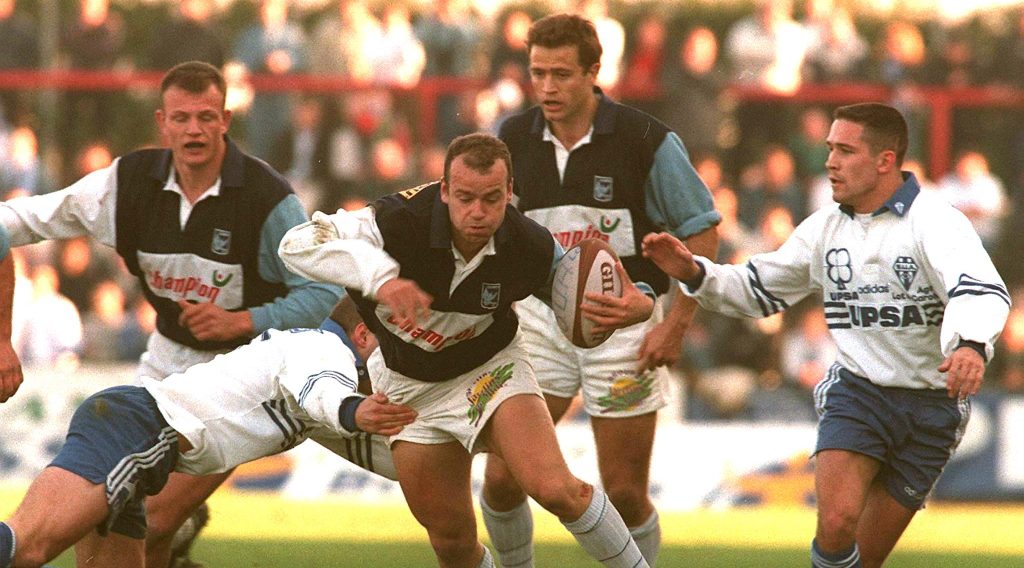 Cyril Barrau and Fabien Galthie in the 1998 Challenge Cup final

Colomiers put in one of the great European Rugby Challenge Cup final performances in just the second edition of the competition, sweeping aside Agen on this day in 1998 with a 43-5 win at Stade Ernest-Wallon.

Both Colomiers and Agen overcame nervy knockout stage matches against the likes of Connacht Rugby, Newcastle Falcons and Stade Fracais Paris but the final proved to be anything but that in front of a sell-out crowd in Toulouse.

Colomiers were well in command inside 20 minutes as Jerome Sieurac and Bernard De Giusti crossed the whitewash in the 15th and 18th minute respectively, and although Agen got their sole score from Christophe Porcu on 24 minutes, they couldn’t make any further inroads.

Marc Biboulet also crossed for Colomiers before the break and when De Giusti went over for the second time on 37 minutes, the match was all but over.

Throwing it back to the first ever #ChallengeCupRugby Final! 🔙

The second half continued in the same vein with tries from Sebastien Roque and Yannick Bru before Fabien Galthié rounded off what was and still is a record try haul in a Challenge Cup final.

After the win, Colomiers scrum-half and current France head coach Fabien Galthié said: “This title is great because it is the first. We were apprehensive of the psychological approach to this final as none of our team had played in one before but everything was prepared with an astonishing serenity.”

The following season, Colomiers would reach the Heineken Cup final, but were beaten this time by Irish province Ulster Rugby 21-6 at Lansdowne Road in Dublin.