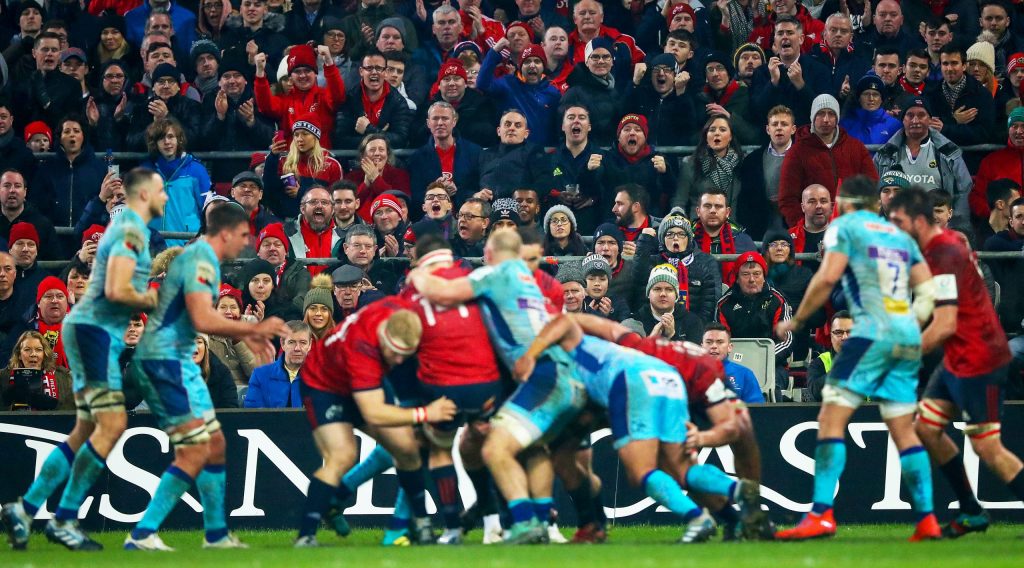 Exeter Chiefs director of rugby Rob Baxter has branded the Heineken Champions Cup “a rugby experience you’ll never forget” as he reflected on the part fans play in the sport’s greatest club tournament.

The reigning champions’ leader cannot wait for the day supporters are allowed back into grounds and stadiums are again throbbing with what he described as the “incredible” atmosphere.

“I think the reality is that the supporters are the lifeblood of any competition,” he said. “I know that most of the games in the Heineken Cup are televised, but the reality is that if you go to most places, you spend the whole weekend in a fantastic rugby environment.

“We’ve obviously recently played Munster in the Heineken Cup and when you spend the weekend there, you see flags, you see pictures and you see people talking about it. You see people wearing the shirts all through the couple of days.

“You can really feel that it’s a real deep thing in their community. Those moments, those weekends and that history – they’re an incredible thing about what they’re about.

“You go to places like [ASM] Clermont Auvergne and the energy and the atmosphere in that stadium are incredible.”

Baxter longs for the day when the Gallagher Premiership champions will be able to welcome more than 13,700 fans to their Sandy Park Stadium.

“We have a fantastic support here [but] I suppose our limit, compared to some of the really big European games, is we’ve got a relatively small ground at the moment, which we’re obviously looking to develop, because we want to have massive European days here, with crowds of 20, 30 or 40 thousand.

“It really is something special and it’s something that once you feel part of it and once you’ve been part of it, it’s a rugby experience you’ll never forget.”