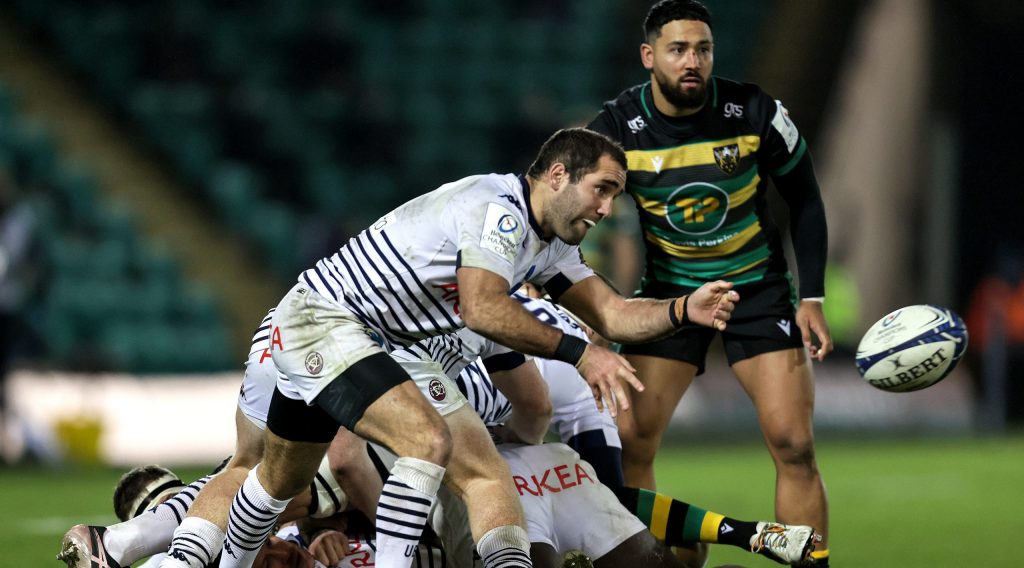 Bordeaux-Begles took the spoils in an epic TOP 14 clash with Racing 92 in Paris on Saturday lunchtime, with scrum-half Maxime Lucu kicking the match-winning penalty in a 33-32 success.

The match swung back and forth with the two sides locked at 23-23 at the break courtesy of tries from Juan Imhoff, Wenceslas Lauret, Scott Higginbotham and Cameron Woki.

But despite the kicking masterclass from Racing’s Maxime Machenaud, it was a second half try from Bordeaux’s Matthieu Jalibert and a 69th minute penalty from Lucu that saw the visitors take home the points.

La Rochelle kept up their excellent European form on Friday evening in the TOP 14, putting away Bayonne with ease in a comprehensive 40-3 win at Stade Marcel Deflandre.

They racked up six tries in the bonus point success, with both No.8 Gregory Alldritt and hooker Pierre Bourgarit grabbing braces to send the French back to the top of the domestic table prior to Toulouse facing Agen this evening.

Check out our match preview ⤵️https://t.co/bA5bgx1R53

The visitors raced into a 10-0 lead in the Welsh derby – with Dai Young in charge for the first time –thanks to a try from full-back Matthew Morgan and five points from the boot of fly-half Jarrod Evans.

Scarlets’ Leigh Halfpenny and Jarrod Evans would trade three-pointers before Blade Thomson crossed the whitewash to trim the gap to three points but Cardiff would hold on for an important away success.

Elsewhere in the PRO14, Edinburgh Rugby had to survive the final 11 minutes with 14 men but did so in a comfortable 26-10 win over Zebre Rugby in Parma on Saturday.

Tries from Mark Bennett and Jamie Farndale as well as 16 points from the boot of Jaco van der Walt – who has recently signed a new contract with the Scottish outfit – was enough to secure the away success despite the red card to George Taylor.