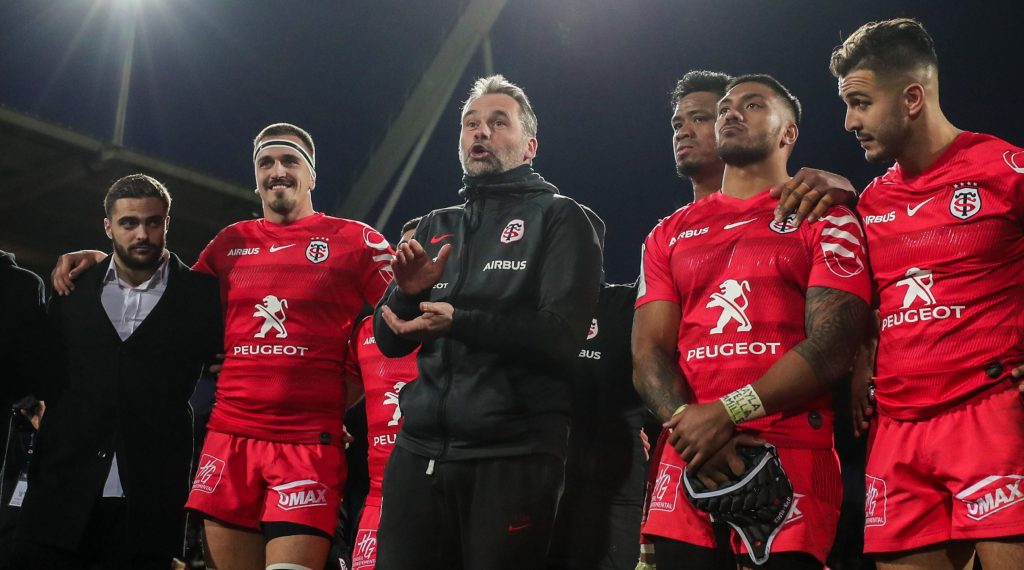 Toulouse head coach Ugo Mola has highlighted the family atmosphere that has been built at the French club in recent seasons as they go in search of a record-breaking fifth European crown.

The Top 14 side have enjoyed an excellent start to the 2020/21 Heineken Champions Cup season and sit third in Pool B with a maximum total of 10 points.

They will be looking to go one step further than last season, when they were defeated 28-18 by eventual winners Exeter Chiefs at the semi-final stage, and Mola believes the family bonds at the Stade Ernest Wallon will be a big help.

“We have quite a few siblings at the club,” he said. “We have the Arnold brothers [Richie and Rory], the Marchand brothers [Julien and Guillaume], the Ntamack brothers [Romain and Théo], as well as Arthur Bonneval and his half-brother [Hugo Bonneval].

“Obviously, that creates bonds, because beyond the siblings, we have their childhood friends and players who have known the families for a long time.

“So, the siblings I have might actually be a group of five or six players. For example, the Marchand brothers, [Dorian] Aldegheri and [Cyril] Baille. They’re always together.

“Peato Mauvaka and Rodrigue Neti are like siblings too. We have a lot of stories that bring us together through our culture but also through our past. These siblings bring many bonds and family spirit with them.

“It’s a little odd at times, because if something affects one of them, it affects the others. But it also creates a strong bond between the players; they know what it is to share, to give and to sacrifice.”

Mola also pinpointed the leaders in his side, including the likes of diminutive scrum-half Antoine Dupont and full-back Thomas Ramos.

“Our captains are young captains: Julien Marchand, Antoine Dupont, Thomas Ramos – they could be the leaders of tomorrow,” he added.

“Then, we have our older players, such as Joe Tekori, Jerome Kaino, and Max Médard. They act as interim captains when the younger players aren’t there.

“At Stade Toulousain we’ve very quickly identified players who could be potential leaders and they’re able to become captains at a young age.”