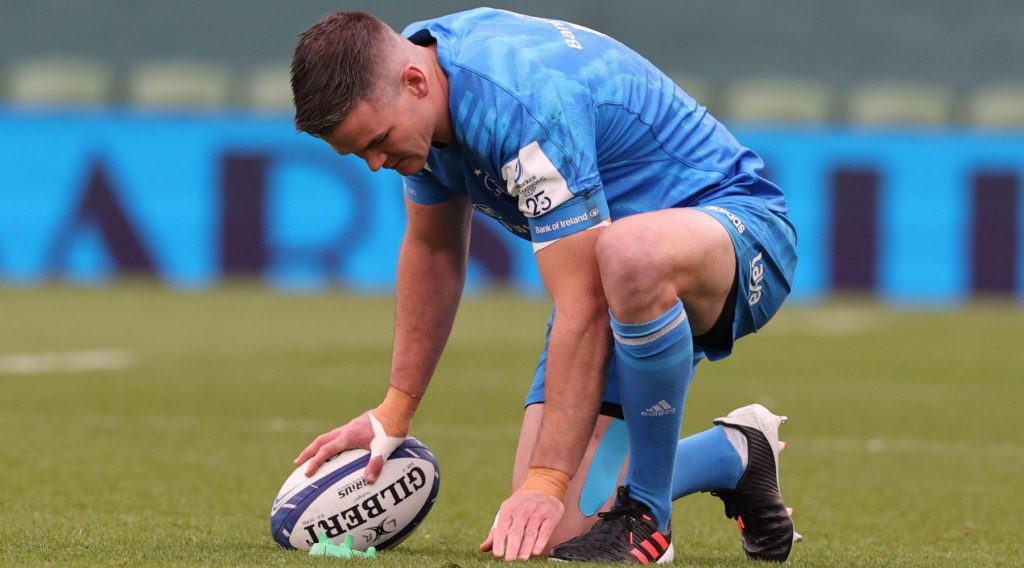 The Irish fly-half was removed from the field last weekend’s 35-24 defeat to Connacht – which ended a 26-game unbeaten run in the competition – but he has recovered in time for this must-win matchup.

The reigning PRO14 champions face a formidable Ulster unit that has won all ten of its domestic fixtures this season – although they are yet to win in Europe.

They make six changes from the side that defeated Munster 15-10 last time out – with Jacob Stockdale missing out due to a knee injury.

Top of Pool A with a maximum 10 points, @leinsterrugby have been devastating as ever with ball in hand 🔵

Check out the top four ⤵️https://t.co/jmqKsjctOM

Munster themselves welcome back 10 internationals ahead of their PRO14 fixture against Connacht tomorrow – including front row James Cronin who makes his 100th domestic appearance for the province.

Conor Murray and JJ Hanrahan renew their partnership in the backfield – the latter leads the Heineken Champions Cup in points scored with 30.

Connacht themselves make four changes to the side that defeated Leinster – Finlay Bealham, Ultan Dillane, Sean O’Brien and Ben O’Donnell all named by Andy Friend.

In the Gallagher Premiership there is a battle of the European champions as the Exeter Chiefs host Bristol Bears on Saturday afternoon.

Chiefs have named a strong XV which includes EPCR European Player of the Year Sam Simmonds after a defeat last time out against Wasps.

European Rugby Challenge Cup winners Bristol Bears have announced a near full-strength 23 to take on the Chiefs – Semi Radradra lining up on the wing with back row Steven Luatua captaining the side.