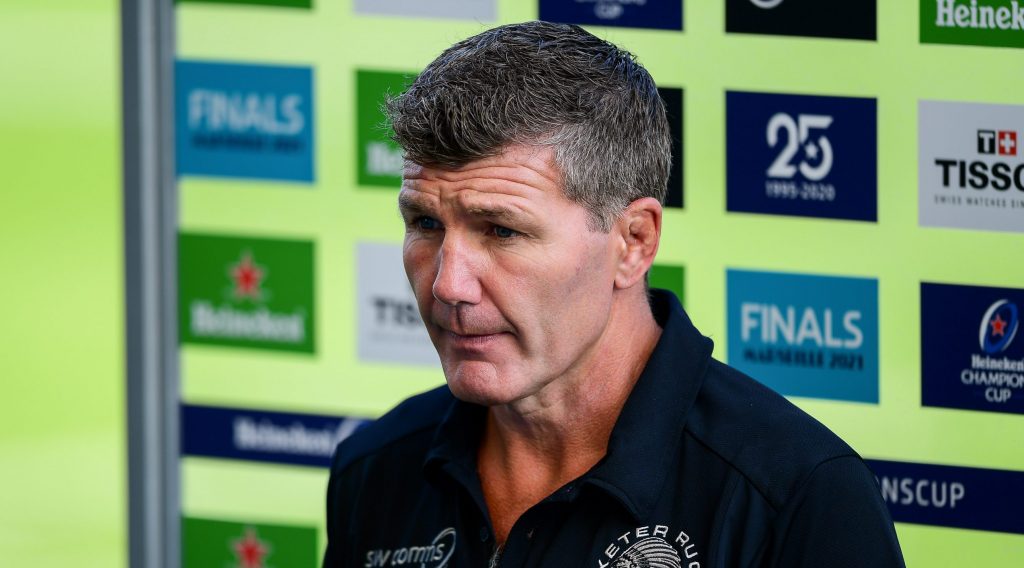 Exeter Chiefs’ achievement in winning the Heineken Champions Cup alongside the Gallagher Premiership has been further recognised.

Rob Baxter, Exeter’s director of rugby, has been appointed an OBE in the New Year’s Honours List, while Joe Simmonds, the Chiefs’ fly-half and captain, receives an MBE.

Baxter revealed that he had to check the legitimacy of the email he received with news of the award. “I couldn’t quite work out if it was real or whether it was spam or someone having bit of a prank,” he said.

“I was sat there with my wife, both of us in a slightly bemused state. My family are delighted. There’s a little bit of embarrassment that I was the guy with the award on the back of the journey the rugby club have had.”

The 49-year-old, speaking to the PA news agency, added: “I see it as a fantastic honour, but while I’m the guy who tends to pick up the accolades, I know an awful lot of people have worked extremely hard at the rugby club to make us successful.

“It started a long time ago and has involved a lot of people. My overriding emotion is to thank them because their dedication and hard work needs recognising.”

Exeter became the fourth English club to complete the Heineken Champions Cup and Premiership double, joining Leicester Tigers, Wasps and Saracens. When the game turned professional in 1995, the Chiefs were in the fourth tier in England.

Baxter said: “It’s been a slow and steady progress. Once you know you can compete in games, you’ve got something to build on. Our consistency over the last few years in the Premiership has shown us we should become a more consistent performer in Europe.

“There have been tough times too – hidings at Clermont and Toulon – but they were markers too, because they never really hurt us. We’ve always got better from the defeats.

Simmonds is recognised in the list as a gifted 24-year-old playmaker who still has his best years ahead of him.

“People have overly focused on the fact he captains the team and have forgotten to appreciate how well he has been playing,” Baxter said.

“His quality of performance made him a really important leader for us last season because he was an easy person to follow.

“He’s emotionally involved in the club and that’s what leadership is about. When he talks, you can see it really means something to him.”

Former Leicester Tigers prop Matt Hampson, who was paralysed during training in 2005, has been recognised with an OBE.

The Matt Hampson Foundation which he set up in 2011 supports and rehabilitates other young people seriously injured through sport.

Hampson said he was “blown away” to be awarded for his services to charity and “proud” of what they had achieved.