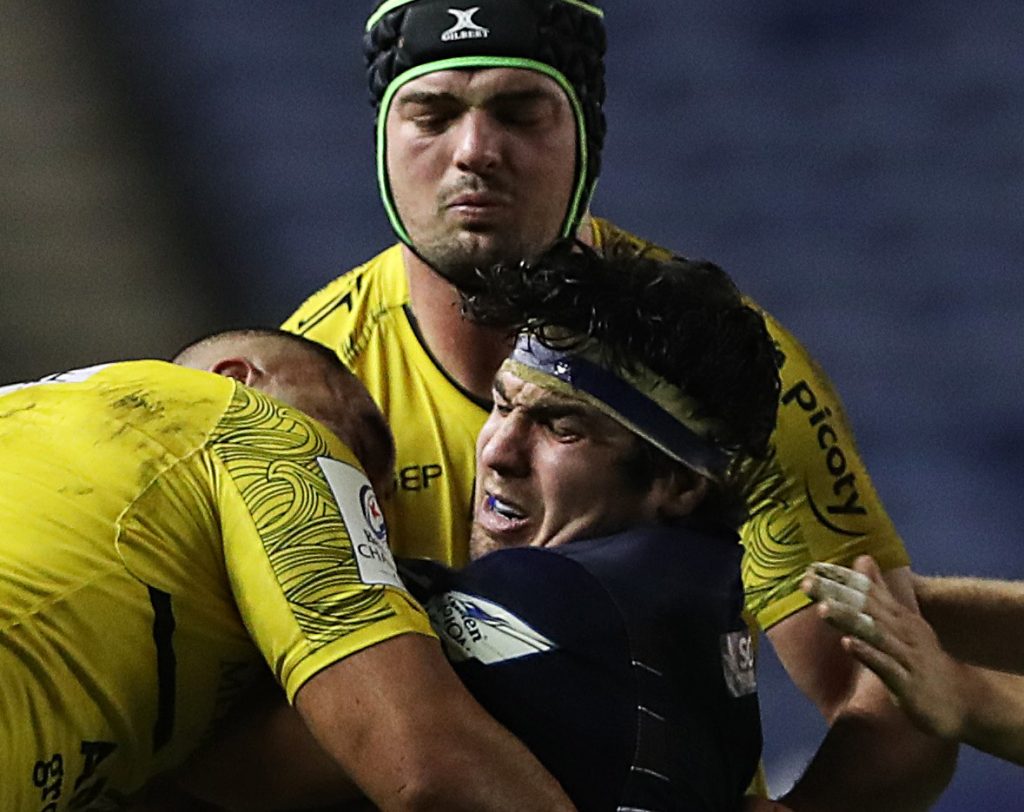 Edinburgh Rugby may lie sixth in Pool A of the Heineken Champions Cup after the first two rounds, but they dominate the leading tacklers.

The Edinburgh hooker is comfortably the competition’s leading tackler after Rounds 1 and 2 – and he could be even further clear had he not missed three in total in the 13-8 home loss to La Rochelle and 16-15 win at Sale Sharks.

The 30-year-old Scottish international is now in his 10th European campaign with Edinburgh and he has displayed all his experience in trying to keep the opposition at bay.

McInally has been well supported in defence by team-mate Watson, who was beaten just twice in his patrolling of La Rochelle’s and Sale’s attackers.

The 29-year-old Scotland flanker is renowned for his non-stop effort and this was duly recognised by his Heineken Star of the Match nomination against Sale.

Toolis has been another 160-minute man in Edinburgh’s first two games and, astonishingly, the 28-year-old Scotland lock has yet to miss a tackle.

He is now in his seventh season of European rugby and his athleticism has been key in keeping Edinburgh’s points against total down.

Dragons have shipped 71 points in their first two games on their return to the Heineken Champions Cup, but that is no fault of Harris, who has yet to be beaten in the tackle.

Although the 35-year-old prop is experiencing Europe’s elite club rugby competition for the first time this season, it clearly isn’t phasing him.

While Clermont are the second top scorers in Pool B of the Heineken Champions Cup, they also have the second leakiest defence, so Lee clearly has had his hands full in trying to set an example.

If the French club are to progress to the knockout stage, they will need more players to take a leaf out of the 32-year-old Samoan’s tackling book.

Like Toolis and Harris, the Gloucester back-row forward has yet to miss a tackle as the Gallagher Premiership have recorded a win and a defeat in their first two games.

The 26-year-old Ludlow has played every minute of Gloucester’s 55-10 drubbing at Lyon and their dramatic 38-34 home success against Ulster Rugby.