Irish players kick their way to top of points-scoring chart 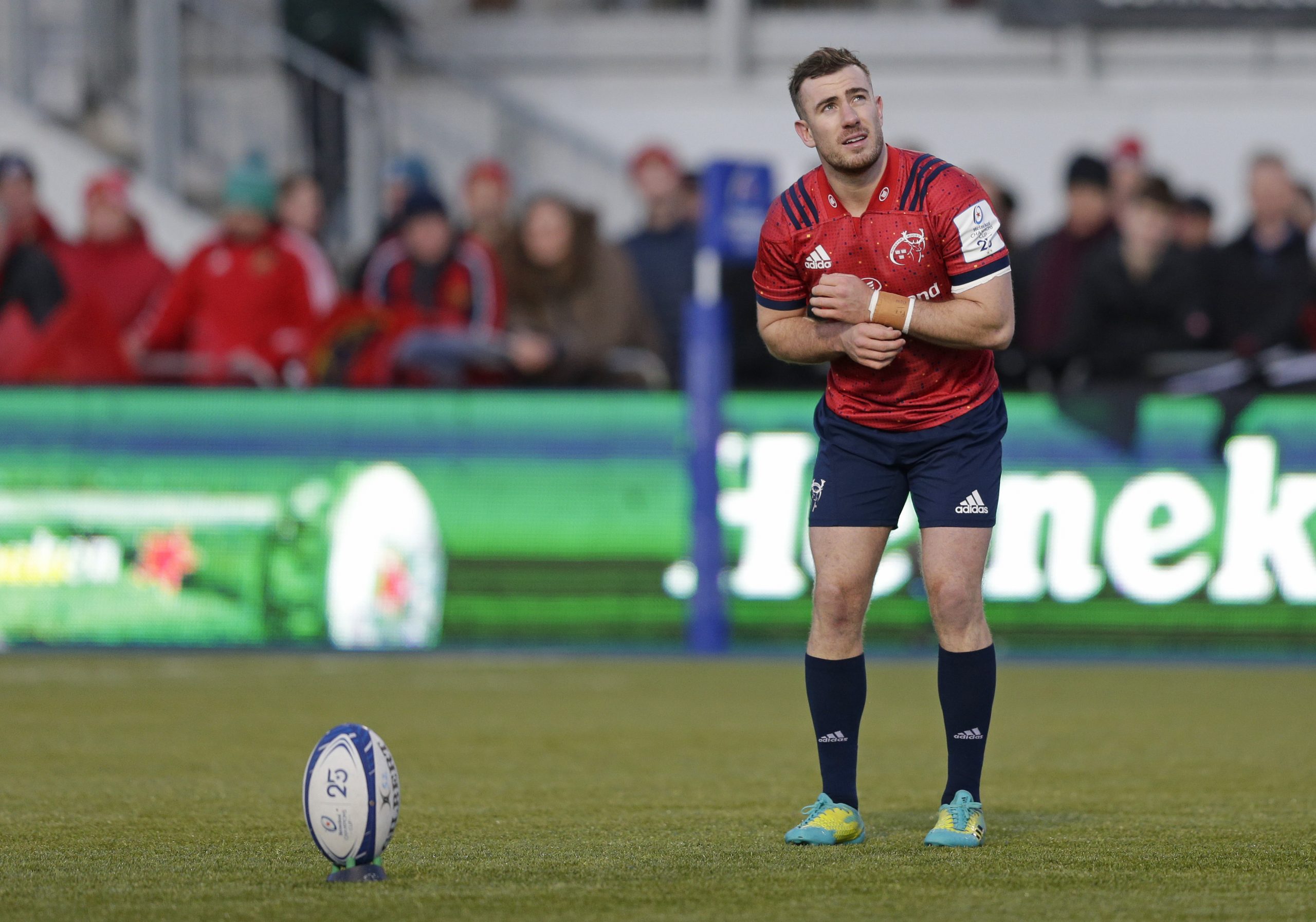 The opening two rounds of the 2020/21 Heineken Champions Cup Pool Stage are done and dusted, and Irish players have featured heavily in the top points-scorers.

Hanrahan produced a display for the ages in Munster’s thrilling 39-31 comeback victory over ASM Clermont Auvergne in Round 2. He was the catalyst as the province overturned a 28-9 deficit, kicking six penalties and three conversions.

The previous week the Irishman had kicked two penalties in Munster’s opening-round win over Harlequins.

With his Clermont side notching 11 tries in the opening two rounds, fly-half Lopez has had plenty of opportunities to score points.

The French international kicked five conversions and two penalties in the Round 1 51-38 victory over Bristol Bears, before adding nine more points in the 31-39 loss to Munster Rugby via three conversions and a penalty.

We've got an early Christmas present for you 🎁

The opening two #HeinekenChampionsCup rounds have seen some CRACKING action 🤩

Here are four of the best moments so far ⬇️https://t.co/DwOo4Ttgk5

Scrum-half Cooney has been a bright spark for Ulster as they have lost both their first two European fixtures of the season.

After kicking seven points in the 22-29 defeat by Toulouse, he notched a try, three conversions and two penalties in the dramatic 34-38 loss to Gloucester Rugby.

The Leinster fly-half has showcased his kicking prowess with two strong performances in the opening rounds of this season’s competition.

After kicking five points in a 35-14 win over Montpellier, Byrne tripled that tally in the Round 2 triumph over Northampton Saints – kicking three conversions and three penalties for the Irish province.

He tops the try-scorers’ list with four, so it is no surprise to see the Bordeaux Bègles back among the points-scoring leaders as well.

After a solo score in Round 1 against Northampton Saints, Cordero grabbed a hat-trick in an emphatic 47-8 victory over Dragons in Round 2.